The Boilermakers’ case: the separation of powers in Australia

This decision, handed down on 2 March 1956, was an important statement of the doctrine of the separation of powers in Australia.

This article will review the facts of the case, and trace the Court’s approach to dealing with the separation of powers in Australia, and the particular position of the federal judiciary.

The facts of the case

The Boilermakers’ case was all about the Commonwealth Court of Conciliation and Arbitration. This Court was in charge of preventing and settling industrial disputes that extended beyond the borders of one state. To that end, it was granted the power to determine the terms and conditions of industrial awards, and also to enforce compliance with those awards.

The Boilermakers’ case arose out such an industrial dispute.

The key issue in the case was the distinction between judicial and non-judicial bodies and powers.

Was the Arbitration Court a non-judicial body, because of its arbitral focus? If so, could it be granted judicial powers by the Commonwealth Parliament, like the power to issue injunctions, or the power to find people guilty of contempt? Or did this breach the separation of powers?

The High Court was careful to distinguish between the arbitral functions and the judicial functions of the Arbitration Court. The majority (made up of Chief Justice Dixon, and Justices McTiernan, Fullagar, and Kitto) cited a previous High Court case, Alexander’s case, where the Court had held that:

[Arbitral powers are] essentially different from the judicial power. Both of them rest for their ultimate validity and efficacy on the legislative power. Both presuppose a dispute, and a hearing or investigation, and a decision.

But the essential difference is that that judicial power is concerned with the ascertainment, declaration, and enforcement of the rights and responsibilities of the parties as they exist, or are deemed to exist, at the moment the proceedings are instituted; whereas the function of arbitral power in relation to industrial disputes is to ascertain and declare, but not enforce, what, in the opinion of the arbitrator, ought to be the respective rights and liabilities of the parties in relation to each other.

Plainly the Arbitration Court remained a tribunal established and equipped primarily and predominantly for the work of industrial conciliation and arbitration.

Thus, said the majority, it was not a judicial body. So did the Constitution permit a non-judicial body to exercise judicial power?

The separation of powers

Before going further into the judgment, it is important to understand the separation of powers.

The separation of powers is traditionally understood as the separation of government authority and power between three different branches: the legislative, the executive, and the judicial. The most commonly cited example of this separation is the federal government in the United States. In that country, the President represents the executive, the Congress represents the legislature, and the Supreme Court, and other federal courts, represents the judiciary. There is very little overlap between the powers and roles of the three branches, each of which is supposed to function as a check and balance on the others.

In contrast, the traditional British style of government, called the ‘Westminster’ system, after the palace in which the UK Parliament is held, does not have a strict separation of powers. In this system, the executive and the legislative branches are very much interlinked; indeed, the executive branch (the Prime Minister and cabinet) are drawn from the legislature, and the Lord Chancellor in the UK used to be a member of all three branches, being simultaneously a senior judge, speaker of the House of Commons, and a member of cabinet.

Chapter III of the Constitution 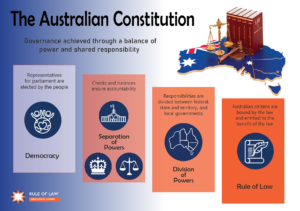 After considering this structure of the Constitution, and the limited powers expressly granted to Parliament, the majority of the High Court decided that if Parliament wanted to give particular powers to a federal court, it must be able to point to something in Chapter III that allowed them to do that. As the majority said:

When an exercise of legislative powers is directed to the judicial power of the Commonwealth, it must operate through or in conformity with Chapter III.

In other words, there was no other source of power in the Constitution that would allow Parliament to confer certain functions on a court. If Parliament wanted to confer both arbitral and judicial powers on the Arbitration Court, they must be able to point to something in Chapter III that allowed them to do so.

The majority found that there was no way that Parliament could do this. There was nothing in Chapter III that authorised the conferral of arbitral powers onto a federal court:

The combined effect of the Boilermakers’ case has often been expressed as follows:

Boilermakers’ was the high point of the separation of judicial power in Australia. Its strict interpretation has been progressively relaxed over the last 60 years.

The biggest exception to the Boilermakers’ principle is the “persona designata” rule. This rule allows non-judicial functions to be conferred onto federal judges in their personal capacity, rather than in their capacity as a judge. This is the exception that allows federal judges to act as the head of administrative tribunals like the AAT, or authorise telephone interceptions.

Although this rule has been criticised as artificial and confusing, it still provides an important exception from the strict Boilermakers’ principle.

State courts have also been immune from the strictness of Boilermakers. Since the Court’s reasoning in that case was based on the Constitution, it follows that the States, who have their own constitutions, do not necessarily have to abide by the same principle.

Nevertheless, in a series of decisions beginning with the Kable case, the High Court has said that State courts cannot be vested with non-judicial powers that are incompatible with the exercise of judicial power. This includes powers that might undermine public confidence in the judicial system. However, this incompatibility doctrine is a whole other field of law, beyond the scope of this article.

Boilermakers’ and the rule of law

The Boilermakers’ case represented an important step in the development of Australia’s understanding of the separation of powers. Its strict rule has been criticised as unnecessarily rigid, but it has remained the guiding light for future courts considering judicial independence and integrity at the federal level.

It is a caution that is still relevant to us today.

‘Attorney-General of Australia v the Queen‘ (1957) 95 CLR 529, the Privy Council appeal of the Boilermakers’ case, which reaffirmed the High Court’s position

‘Wilson and Kable: The Doctrine of Incompatibility – An Alternative to the Separation of Powers?‘, Professor Gerard Carney

‘On Being a Chapter III Judge‘, the Honourable Michael Parker, Justice of the Federal Court 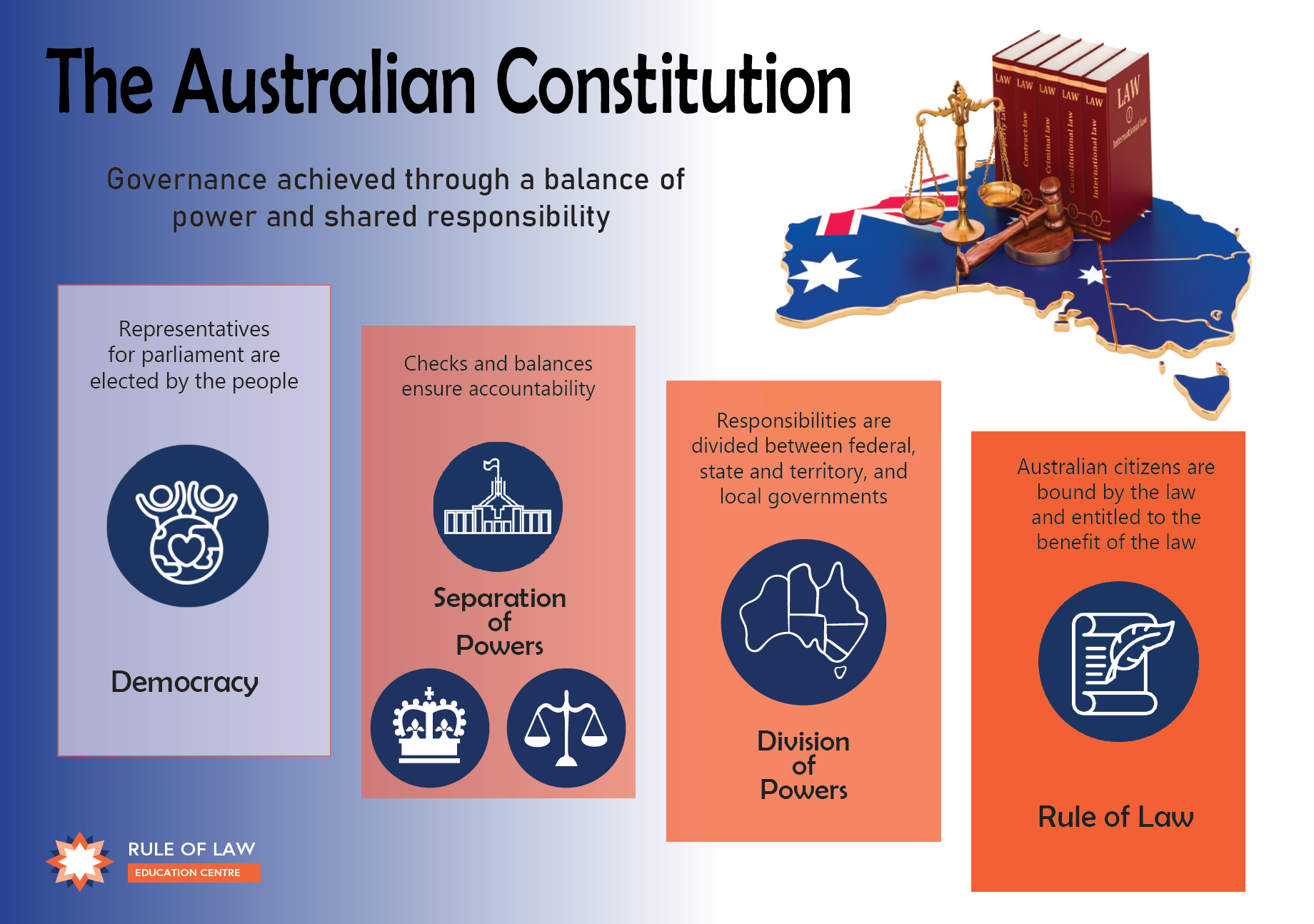 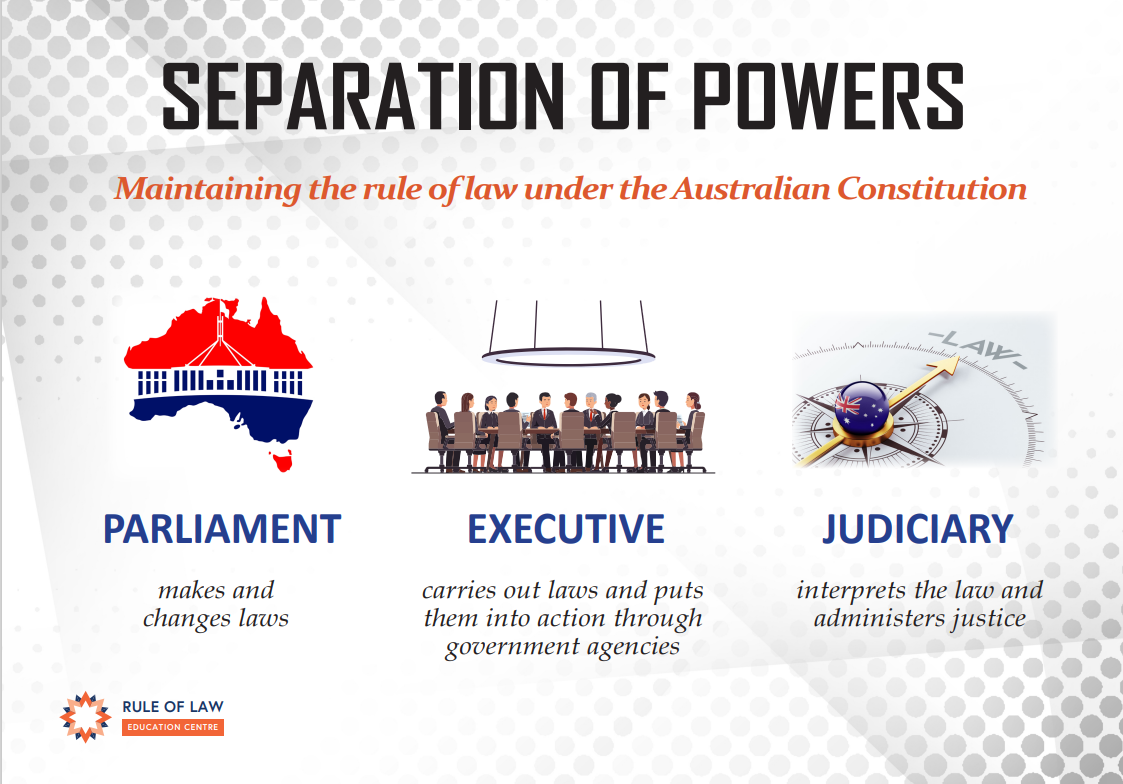 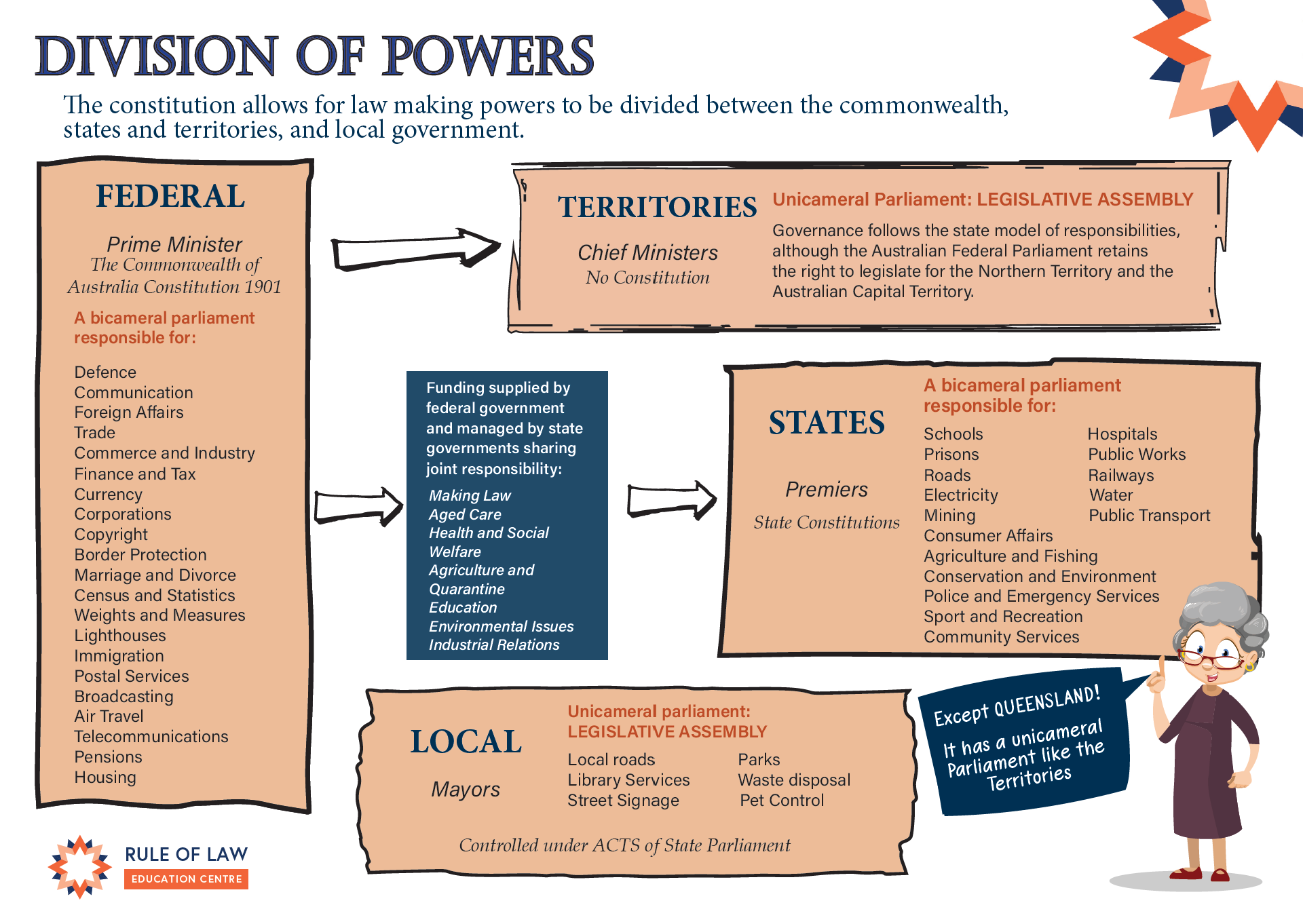 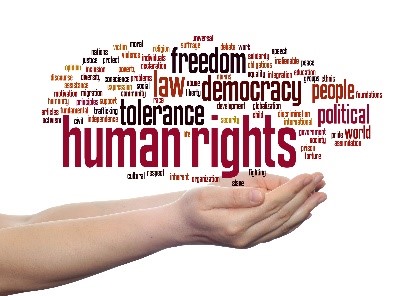 The Constitution ensures Australia operates under the rule of law with power shared between the peoples’ representatives in federal, state and territory parliaments; the executive council, including the Queen’s representative – the Governor General; and the judiciary

The separation of powers ensures that power is not vested in a single entity, but instead is disbursed across three branches of government

The federal system of government means that power is shared between the federal, state and territory governments according to the division of powers

Human rights are protected by democracy with only a few express rights in the Constitution. 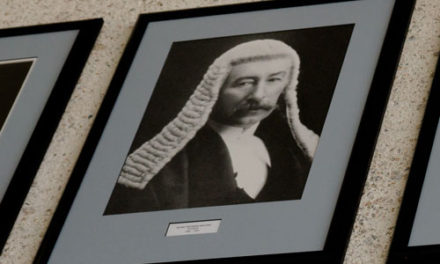 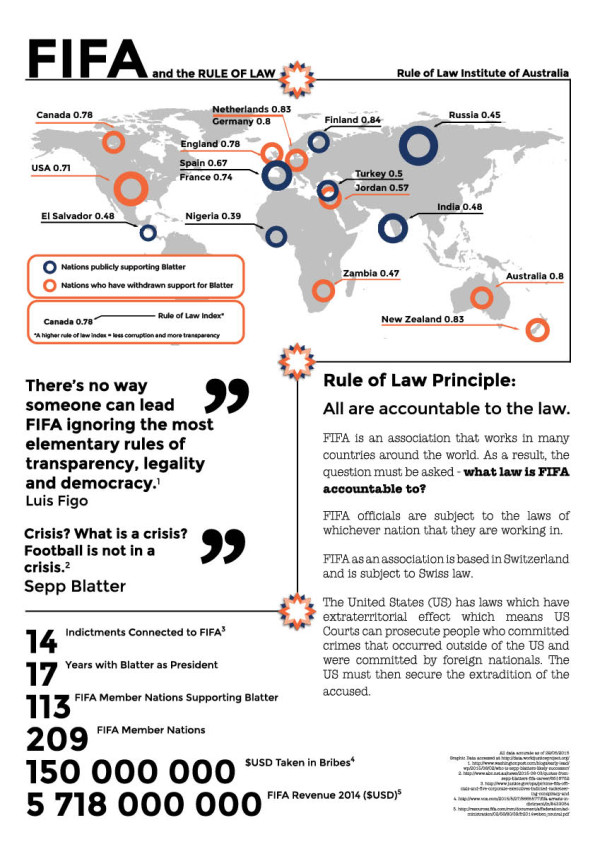