Section 44 of the Australian Constitution sets out the legal framework under the rule of law that disqualifies a person from being elected and then sitting in Parliament. The Australia Constitution is the document that sets out the legal framework of the rule of law within the Commonwealth of Australia and any constitutional law issues, such as the citizenship of Parliamentarians, is adjudicated by the High Court, sitting as the Court of Disputed Returns . The government recently referred seven matters to the High Court and asked them to decide whether the seven Parliamentarians were dual citizens or not, our media mash-up of the reasons for referral can be found here. On the 27th of October the High Court decided that five out of the seven parliamentarians were ineligible under the Constitution to sit in Parliament. The High Court decision, Re Canavan; Re Ludlam; Re Waters; Re Roberts [No 2]; Re Joyce; Re Nash; Re Xenophon [2017] HCA 45, can be found here. The educators of the Rule of Law Institute have written a short summary for the use of teachers and students below. This will be refined as more analysis of the decision is published.

What did the High Court have to decide?

The High Court needed to decide whether the Senators in question and Mr Joyce MP held dual citizenship (this means citizenship of Australia and of another country at the same time) at the date of their nomination for election 2016.

What does the Law say?

This means that any person that stands for election as a member of the House of Representatives or a Senator of the Australian Parliament cannot owe allegiance to or be a citizen of another country. If they are, they are not eligible to be a member of Parliament.

What did the High court decide?

The High Court decided that Senator Nash, Senator Roberts, Mr Ludlan, Ms Waters and Mr Joyce MP were incapable of being chosen at the 2016 election because they were dual citizens at the time of their nomination for the election. Senator Canavan and Senator Xenophon were found to not be dual citizens and so could lawfully be elected.

What were the reasons for their decision?

All of the High Court judges agreed that the Constitution’s word were very clear in their requirements for people wanting to be elected for Parliament. The court took a ‘black letter law’ approach and stated that the ordinary meaning of the words of Section 44  of the Constitution were clear in their requirements of people nominating to be elected to Parliament. The High Court found that there are 2 ‘limbs’ or legal tests that you have to pass to be eligible for Parliament. The first limb relates to an awareness of a citizenship, loyalty or allegiance to another country. The second limb relates to whether a foreign country’s law entitles you to their citizenship.

This means that a person has to be both an Australian citizen, owing allegiance only to Australia and also not to entitled to any citizenship type rights from another country to be able to be elected to Parliament.

What is the impact of this decision?

Senators Nash, Roberts, Ludlam, Waters, and Mr Joyce MP were incapable of being chosen at the 2016 election because they were found to be citizens of a foreign country which meant that they were not able to show full allegiance to Australia, which the Constitution requires of Parliamentarians. For the Senators, the High Court has ordered that there be a recount of votes in favour of the next candidate on the party’s list for the 2016 election to be elected Senator in their place. The election of Mr Joyce MP was in 2016 was found to be void and a byelection must be held in order to elect a new member for the House of Representatives. 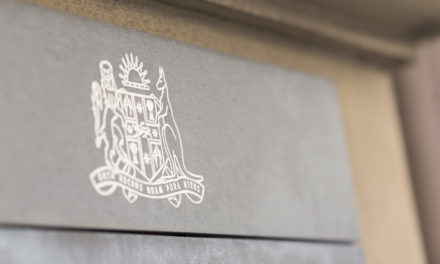