These resources look at the time in Australian history when Europeans establish a penal colony on our shores, in response to the mass social upheaval that had developed back in the British homeland. It was a means to an end of something the British establishment desperately wanted to go away, a solution to a very large problem. Most convicts were unwilling participants in this experiment, and they became the latest group of migrants to land on the continent. Their existence and struggle helped shaped Australia’s identity to become what it is today.

Read and learn about how a British law called terra nullius brutally impacted the lives of Australian Aboriginals. The consequences of this law caused extensive loss of life and displacement of indigenous populations, and ultimately deprived them of claiming ownership of a land they had inhabited for thousands of years, up until 1788. 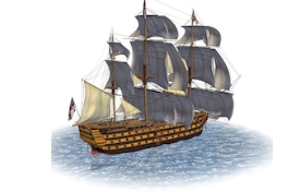