This article by Robin Speed, President of the Rule of Law Institute of Australia, appeared in The Australian on 05/08/2016.

Former NSW Independent Commission Against Corruption commissioner David Ipp, in his response to the review of that agency by its independent inspector, knows of no one whose reputation has been undeservedly trashed by the commission. Not one single person.

He refers to several people, including former State Emergency Service commissioner Murray Kear, whose reputations were trashed by ICAC.

But he impliedly considers that the reputation of Kear deserved to be trashed.

The true story is that ICAC had found Kear had engaged in corrupt conduct by dismissing his deputy substantially in reprisal for making complaints about another deputy.

ICAC then prosecuted Kear criminally for the dismissal. But the criminal prosecution was thrown out, with the court finding that Kear had proved that he did not dismiss the deputy for that reason.

The court went on to find that ICAC’s investigation was unreasonable and improper, and that the proceedings were instituted without reasonable cause.

The court found that ICAC also failed to provide all the relevant interviews to the crown and in effect cherry-picked the crown’s brief. The court awarded costs to Kear.

All of these matters are on public record and were the subject of the Rule of Law Institute’s detailed submission on the inspector’s review. But Ipp failed to mention any of them.

Instead, it appears he impliedly considers that Kear deserved to have his reputation trashed because he alleges that Kear failed to disclose or explain two things: first, why his dismissed deputy was paid damages for wrongful dismissal; and, second, a report of the Public Service Commissioner following which Kear resigned.

But the settlement by the government of the claims of the dismissed deputy were well known to ICAC at the time and well known before the public examination by ICAC, which was conducted by Ipp as the commissioner.

In addition, the resignation of Kear resulted from the ICAC report into him, not from any report of the Public Services Commission, as was well known to ICAC.

Ipp is a barrister, a QC, a former judge and a former ICAC commissioner who was in charge of the public examination of Kear. One might expect him not to impliedly assert without good grounds and in a balanced manner that a person’s reputation was deservedly trashed by ICAC.

But he has done this on grounds that are faulty and that do not have regard to the failures of ICAC.

It appears that ICAC not only is incapable of apologising when it gets it wrong but continues to smear an innocent person.

Ipp presumably typifies the thinking of ICAC and illustrates the culture and why it is in desperate need of reform. 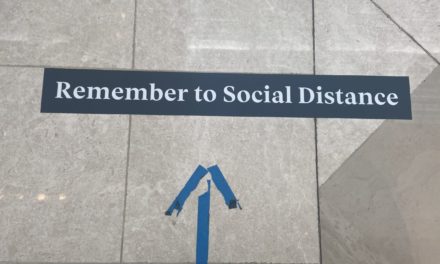 Courts Closed for Students due to Covid-19