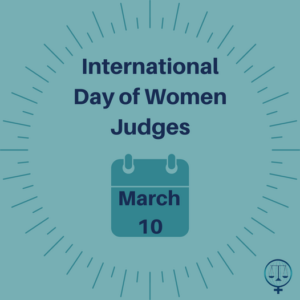 After its inception by the UN’s general assembly in April 2021, the International Day of Women Judges is being celebrated for the first time on the 10th of March this year.

The day recognises the contributions of women judges worldwide whilst simultaneously reaffirming that the active participation of women at all levels of decision-making is essential to the achievement of equality and democracy. The International Day of Women Judges empowers girls and young women who aspire to become judges and leaders of the community.

Here in Australia, we are fortunate to have so many female judges whose feats and dedication to the law should be celebrated. In 2020, 38.8% of all Judicial officers around Australia were women.

What is the role of a Judge?

I … swear that I will do right to all manner of people according to law without fear or favour, affection or ill will.

The role of a judge is to interpret the law and administer justice according to the law.

A hallmark of our justice system and the rule of law is a person’s right to be afforded procedural fairness and to face trial before an independent and impartial court and judicial officer.  Irrespective of their gender, race, religion or background, the role of a judge is to make decisions according to the law regardless of their personal preferences and without regard to government pressure or adverse publicity.

If the role of a judge is to interpret the law, why is gender important?

Suggestions are sometimes made that the judiciary is not properly representative. In some respects, that is true. There are too few women judges and too few from what might be termed an “ethnic” background. That under-representation reflects the under-representation of women and minorities among our leading advocates. The real question is how to remove the obstacles and attitudes that restrain the under-represented groups from advancing to the ranks of the leading advocates and thence to judicial appointment. Particular and valuable insights are contributed by competent judges drawn from groups that are now under-represented. Other things being equal, it would strengthen the judiciary to have an increase in the proportion of women judges and judges drawn from minority groups. Yet it would be an erroneous policy, demeaning of an appointee’s dignity, to appoint a judge on grounds other than merit. The judiciary cannot be appointed to represent a class or interest; it is appointed to find the facts accurately, to apply the law impartially and to exercise judicial discretions reasonably, irrespective of the class or interest to which any litigant belongs.

Central to the rule of law is that no one is above the law, and the law is applied equally and fairly.

Yet, we may often forget that the strength of our rule of law and the legitimacy of our democracy depends on the willingness of citizens to obey the law. The willingness of the public to obey the law, and participate in its administration, only occurs when all individuals have strong confidence and trust in the independence, integrity, and impartiality of the judiciary. Citizens will not trust the judiciary if it is viewed as exclusive and lacking diversity,  oblivious to changes in society or discriminatory.

This is why many believe that diversity, and the presence of women, on the bench is important. Women judges:

Posters for the Classroom: 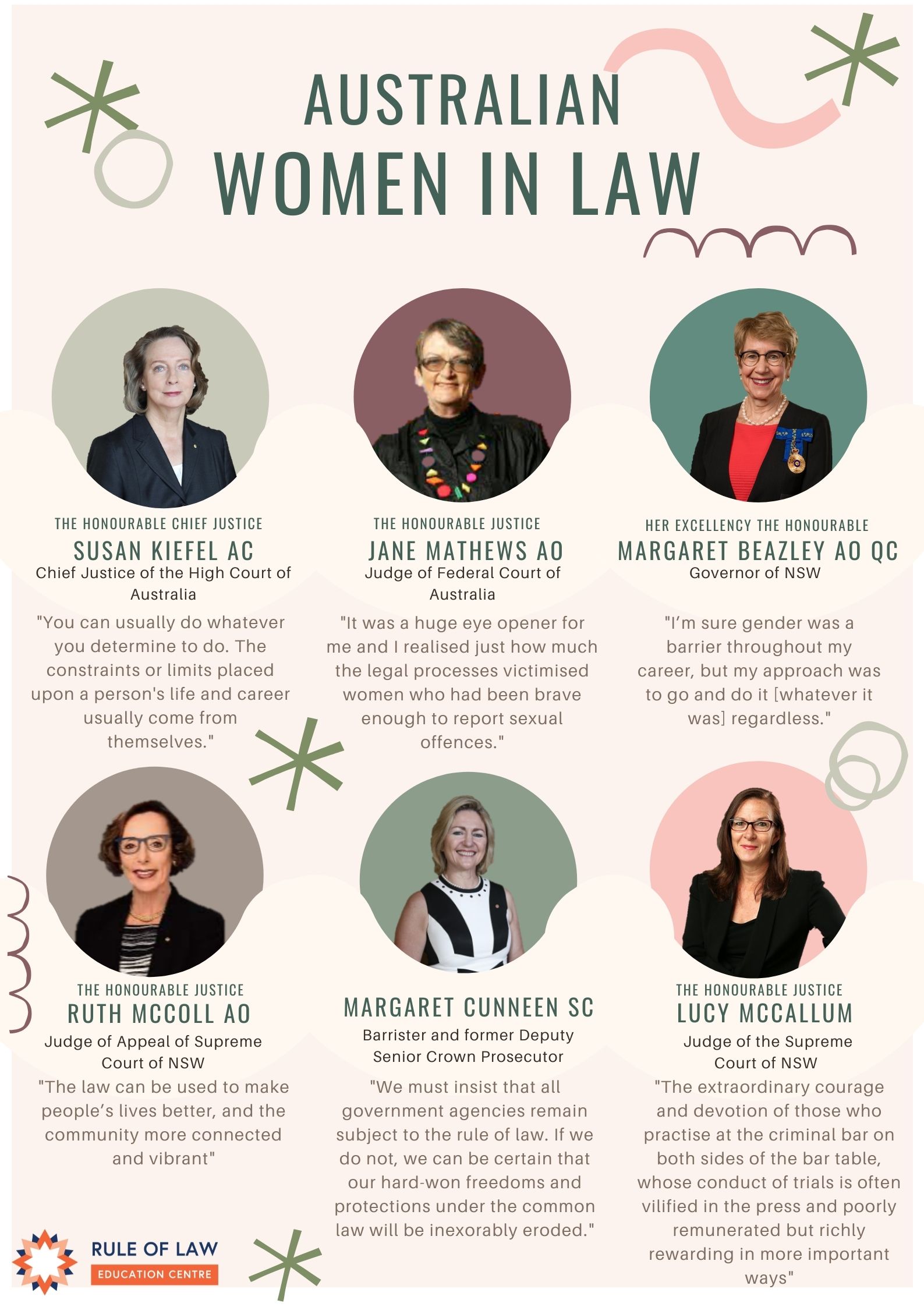 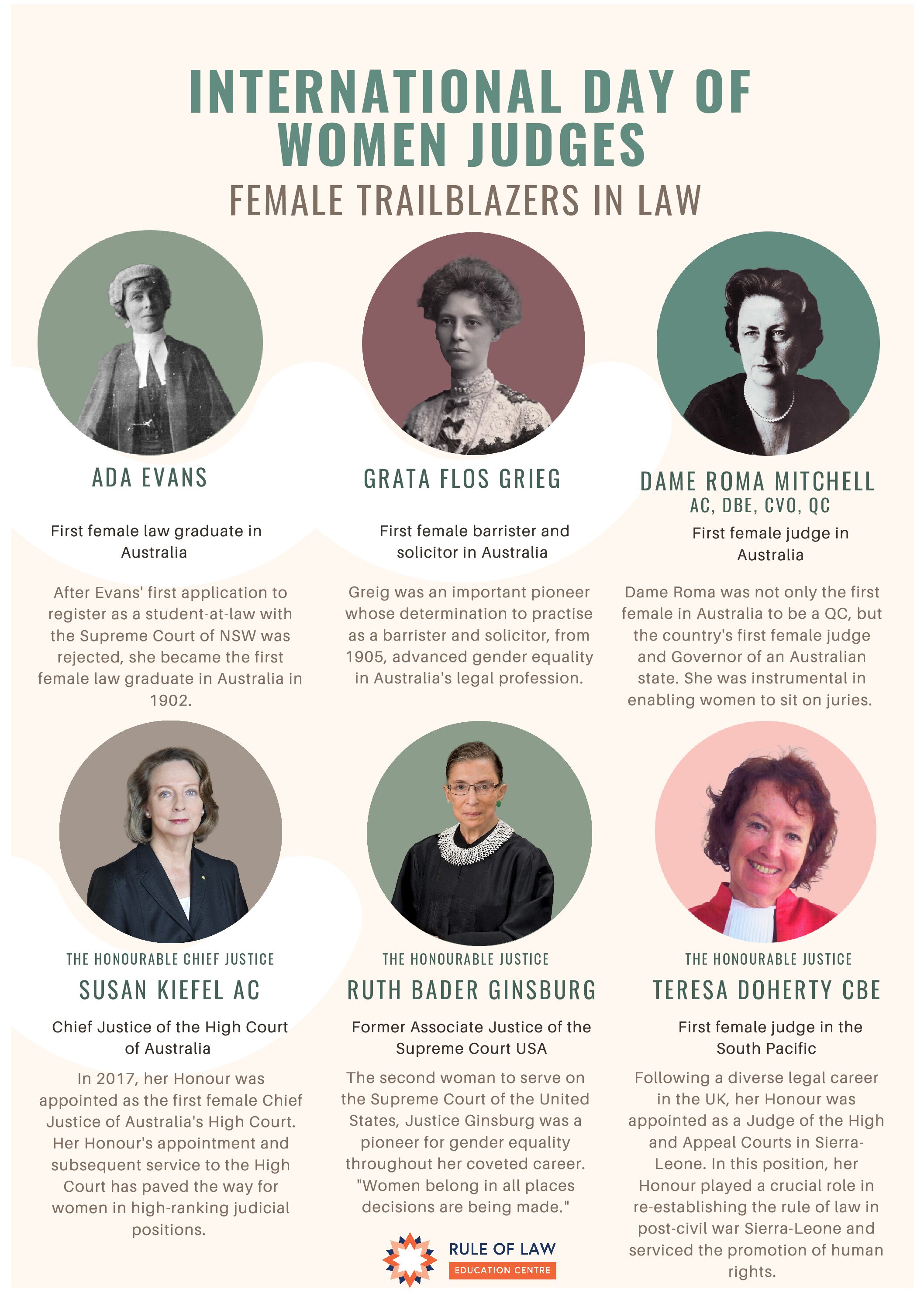 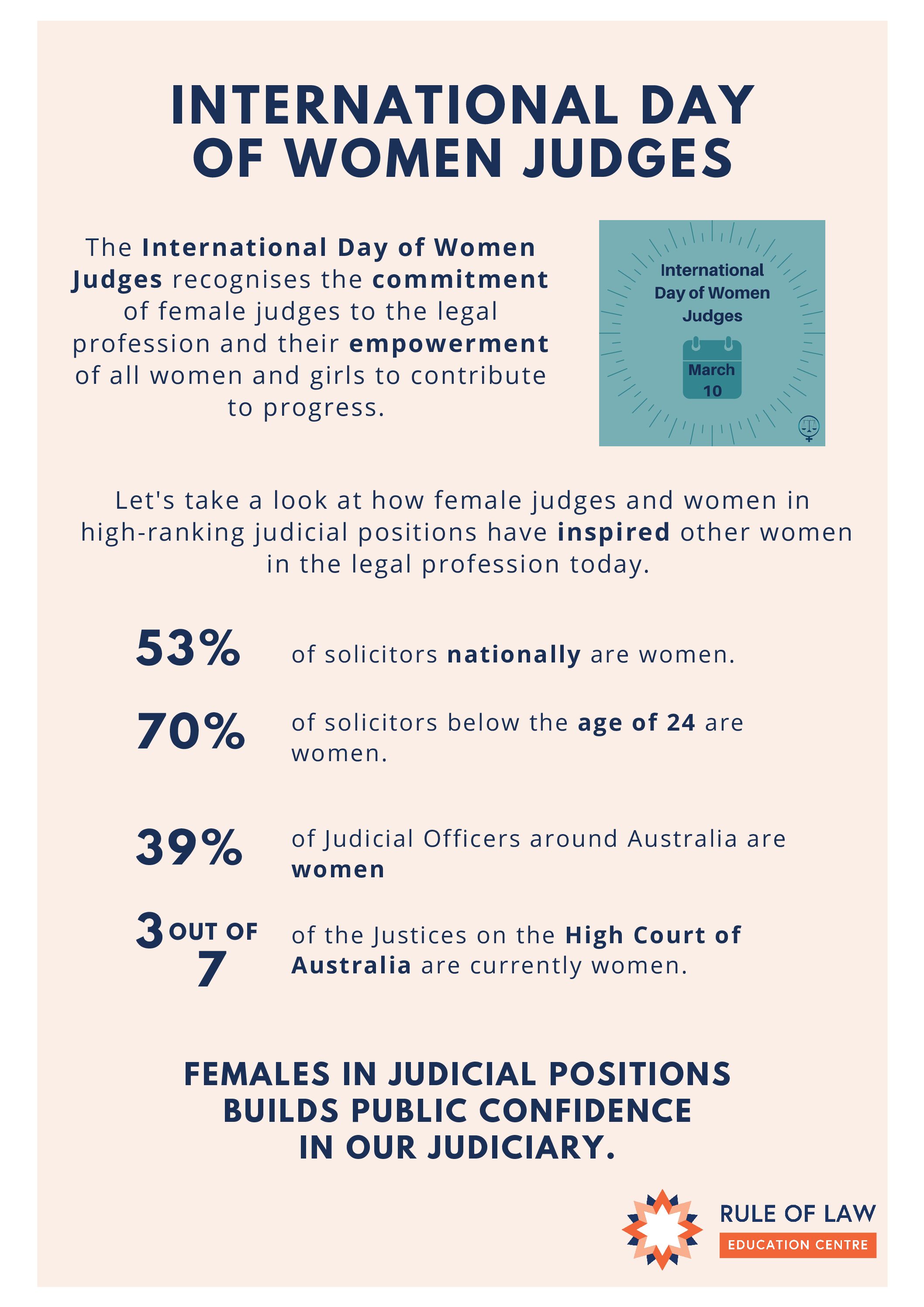