Judicial Discretion and the Rule of Law: Police v Dunstall

The recent High Court decision Police v Dunstall [2015] HCA 26 reflects complex rule of law ideas against the backdrop of the judicial discretion to exclude evidence at trial, which is improperly or unfairly obtained.

In Police v Dunstall, the High Court unanimously agreed it was an error to exclude evidence lawfully obtained under relevant legislation in a drink driving matter. The Court remitted the matter back to the Magistrates Court for further hearing.

The case concerned Jason Dunstall, who police breathalysed using a fully functioning breathalyser pursuant to the relevant processes prescribed in the Road Traffic Act 1961 (SA) (‘RTA’). Dunstall blew over the prescribed limit and took up the police’s offer to have his blood alcohol reading verified by a blood test (also provided for in the legislation). The doctor performing the tests did not take adequate blood samples at the time, which led Dunstall to argue the breath analysis results should be excluded as evidence at trial because the inability to analyse his blood samples made the trial unfair.

Under the RTA, it is an offence to drive a motor vehicle with the blood alcohol concentration listed in section 47B(1)(a). To determine a driver’s blood alcohol reading, police use a breath analysing instrument (alcotest or breath analysis). This is presumed to be the driver’s blood alcohol concentration for the preceding two hours from the time the test is taken, provided police follow the testing procedures required in the Road Traffic (Miscellaneous) Regulations 1999 (SA). It is possible to rebut this presumption by taking a blood test at the time of breath analysis.

Lower courts initially agreed the admission of breath test results in the absence of verifying blood test results made it an unfair trial and agreed to disqualify them as evidence. The Supreme Court of South Australia suggested this was the proper basis for finding the prosecution’s evidence to be unfair.

However, the High Court of Australia allowed the Police appeal. Various factors came into consideration, including Parliament’s intention when enacting the legislation, the limits and scope of any ‘general unfairness discretion’ and the rights and obligations prescribed in the legislation to police, the defendant and a doctor.

Is there a ‘general unfairness discretion’?

The Court agreed there was a residual ‘general unfairness discretion’, which arose as a result of not falling within the scope of other common law tests.  It did not apply in this instance but Nettle J did reserve the possibility of applying it in cases of avoiding an unacceptable risk to the miscarriage of justice. The majority left open the question of the scope of its application.

Nettle J made the perceptive observation that the problem with a ‘general unfairness discretion’ is its lack of delimitation. If it is ‘residual’ in the sense it is a catch-all for general unfairness not covered by other common law tests, then it would require the Court to adopt a very broad approach to fairness. In all likelihood, it would bring about idiosyncratic interpretations of what is just and fair, which would be directly at odds with the rule of law. He pointed to the idiosyncratic nature of such a test as involving a value judgement of what is ‘unfair’, based on community standards which would likely change over time.

In reaching its decision, the High Court carefully considered and distinguished other cases where similar situations had arisen, including Police v Hall [200] SASC 281. In that case, it was decided that not taking a driver’s blood tests could only result in unfairness in a very general sense and was not enough to exclude evidence at trial. The Court also referred to the explanation in The Queen v Edwards [2009] HCA 20 , where it was considered that a loss of evidence could not be considered prejudicial to a defendant simply by virtue of the mere possibility it could support a case. The Court did not believe the legislation imposed a statutory duty on doctor to follow particular steps in taking a blood test, and noted that sometimes defendants are precluded from challenging their breath analysis results by factors outside their control, which is not covered in legislation.

The Court found the legislative scheme, which Dunstall relied on, was intended as a mechanism to help police administer justice. As such, it likely intended to narrow the circumstances in which a driver could produce rebuttal evidence.

Apart from highlighting the obvious rule of law issue in construing a ‘general unfairness discretion’, the case is illustrative of the multi-faceted ideas that comprise the rule of law.

On first reading, one might feel a natural sympathy towards Dunstall for not being able to give full effect his right as a driver in the legislation. This would go to the ideas of equality before the law and the right to a fair trial.

However, upon further reflection, there was more depth in the rule of law reasoning from the High Court than from lower courts. If rule of law means holding everyone to account to the same law, then we need to look at what the intention of the law is. The statutory regime here was designed to prevent drink drivers from being on our roads. It is weighted heavily in favour of identifying and removing such drivers from roads, due to the high number of people that are collected in road fatalities. This is reinforced by the Police v Hall decision, which observed that the Act treats the breath analysis reading as reliable evidence and does not confer an enforceable ‘statutory right’ for drivers to have their blood samples taken.

In a policy sense, it is highly unlikely the Parliament intended to give drivers a ‘statutory right’ in the sense of a ‘human right’ to query the veracity of a fully functioning breathalyser machine for this very reason. It also highly unlikely that the law was intended to apply in this way because it would be a logistical nightmare for public administrators if every person who was breathalysed intended to get a blood test as part of the justice administration process.

When can you exclude evidence at common law, which might make a trial unfair?

Lobban test – Lawfully obtained evidence of fundamental importance to a prosecution’s case can only be excluded if it would make the trail of an accused unfair. In R v Lobban [2004] EWCA Crim 1099, photos of original evidence did not put into doubt the reliability of the original evidence. There was no genuine unfairness or risk of miscarriage of justice.

Lee discretion – The discretion to exclude confessional statements on grounds of fairness, reflecting discretions provided in the Uniform Evidence Acts.

Christie discretion – The likely value of the evidence to the prosecution is outweighed by risk of prejudice to the defendant. This does not extend to the loss of evidence, which may put doubt in a prosecution’s case.

Bunning v Cross discretion – Evidence can be excluded if it is tainted by police misconduct. 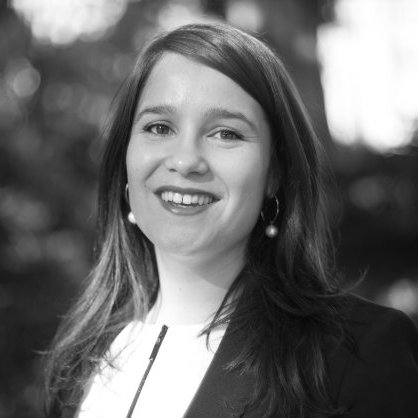 Halyna Danylak writes for The Institute as part of our Blog Intern program run in partnership with the International Law Committee of the NSW Young Lawyers of The Law Society of New South Wales. She is a NSW qualified lawyer, with experience in NSW Government and the United Nations. She has an Arts/Law degree from the Australian National University and is currently undertaking her Master of Laws at the University of Sydney. In 2014, she completed a Legal & Policy internship at the UN Global Compact in New York, and continues to work remotely for the team in a pro bono capacity. Halyna enjoys contributing to thought leadership in the legal profession and is an active member of NSW Young Lawyers.

In August 2014, Halyna embarked on a stint working with the UN Global Compact in New York. She was placed on a project, Business for the Rule of Law, a pioneering legal policy initiative examining business and the rule of law. The policy framework was launched in June 2015 and is the first major global policy response of its kind, strongly advocated for by UN Secretary-General Ban Ki-moon. At its core, the initiative consists of a policy framework for responsible businesses to use, which supports the building and strengthening of legal frameworks and more accountable institutions in the course as business operations, as a complement to government action.