The Rule of Law Institute is pleased to announce the formation of the Magna Carta Coordinating Committee to celebrate, in Australia, the 800th Anniversary of its grant by King John of England on 15 June 1215.

King John Granting Magna Charta from the Fresco in the Royal Exchange. Published in The Rise of the Democracy by Joseph Clayton

When you read the document you see the expression of prin­ciples that even now are the subject of discussion, of controversy, and principles that, more often than we would like, people in positions of power seek to subvert. The framers of the document even 800 years ago well understood the fundamental principles that should apply in any system of governance that would have as an important component democracy and recognition of the will of the people and the rights of the ­people

Robin Speed, Vice Chair of the Committee, said that while social and political structures were fundamentally different in 1215 that many of the issues faced then are relevant to discussion today:

In 1215 you’re dealing with a major crisis…We think about terrorists, but they were also thinking about the French who were wanting to invade … and yet they were very insistent that person’s liberties be protected.

See the Magna Carta Committee’s website and subscribe to find out more about events to commemorate Magna Carta as they are announced. 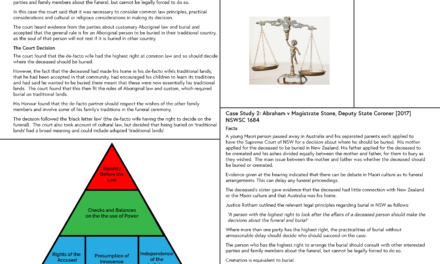