This week has seen the passage of several bills through Queensland Parliament which trespass on established rule of law principles. These laws have been enacted to deal with so called ‘Outlaw Motorcycle Gangs’ (OMCGs) and with the detention of sex offenders in Queensland.

The bills passed regarding OMCGs include:

Premier Campbell Newman has stated that the new laws are “designed to severely punish members of criminal organisations that commit serious offences”.

The Rule of Law Institute has acknowledged the difficulty that law enforcement and governments face in dealing with organised crime. However, diminishing fundamental principles of the rule of law by limiting the independence of the judiciary, reversing the onus of proof, increasing the coercive powers of the Crime and Misconduct Commission, limiting association in public places and employment hamstrings equality before the law. The use of laws which offend the rule of law to achieve policy objectives, no matter how well intended, are not a sustainable way to ensure the law achieves just outcomes.

The haste at which these bills were passed suggests limited scrutiny, which is alarming considering the serious nature of the powers granted under the legislation.

The Criminal Law Amendment (Public Interest Declarations) Amendment Bill 2013 allows sex offenders to be detained indefinitely by a declaration of the Attorney General. Queensland Attorney General, Jarrod Bleijie, describes the law as dealing with the“worst of the worst”.

This law effectively removes the role of the judiciary in sentencing and continues punishment beyond the sentence served. Indefinite detention is contrary to the rule of law.

Taking into account the legislation which deals with OMCGs and the sex offender legislation there are few rule of law principles left untouched by these laws. The independence of the judiciary, presumption of innocence, right to silence, and the privilege against self-incrimination are not optional parts of our legal system, nor are they principles which should be ignored for the purpose of government policy, no matter how well intended. 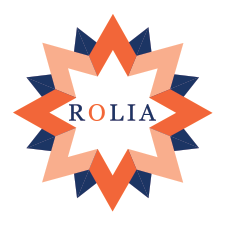