In a recent speech, Chief Justice French stated that ‘[r]easonableness in the exercise of official power may be regarded as an aspect of the rule of law.’ The Chief Justice was referring to the presumption that statutory power must be exercised reasonably. If the executive exercises a power unreasonably, the courts can intervene: they can declare the decision unlawful, quash the decision so that it has no legal effect, and order the executive to act (or not act) in accordance with the law.

What is meant by the requirement that statutory power be exercised reasonably? And how is it connected with the rule of law?

The link between reasonableness and public power goes back centuries. Rooke’s Case, decided in 1598, concerned the power of the Sewers Commissioners to levy charges for the repair of river banks. The Commissioners charged one nearby landowner for the repair of an entire section of bank. His neighbours were equally vulnerable to flooding, and thus benefited from the repairs without bearing any of the cost. The court held that the Commissioners’ decision was arbitrary and unlawful. According to Chief Justice Coke, although the Commissioners had an apparently unbounded discretion under the statute, ‘their proceedings ought to be limited and bound with the rule of reason and law’.

In 1891, in Sharp v Wakefield, Lord Halsbury stated forcefully the connection between reason and law: ‘when it is said that something is to be done with the discretion of the authorities…that discretion is to be done according to the rules of reason and justice, not according to private opinion:…according to law, and not humour. It is to be not arbitrary, vague and fanciful, but legal and regular. And it must be exercised within the limit, to which an honest man competent to the discharge of his office ought to confine himself.’

Much more recently, in Minister for Immigration and Citizenship v Li, the High Court confirmed that reasonableness is an essential condition on statutory power. Li makes several important points about the concept of legal unreasonableness.

First, a decision is legally unreasonable if it falls outside the boundaries of the ‘area of decisional freedom’ defined by the statute. In Associated Provincial Picture Houses Ltd v Wednesbury Corporation, Lord Greene described such a decision as ‘so unreasonable that no reasonable authority could ever have come to it’: for instance, the firing of red-haired teacher, because she has red hair.

In Li, however, the majority softened the ‘lunatic’ standard set in Wednesbury. Justices Hayne, Kiefel and Bell emphasised that legal unreasonableness ‘should not be considered as limited to what is in effect an irrational, if not bizarre, decision.’

It is difficult to be definitive about when a decision will fall outside this ‘area of decisional freedom’. But the authorities exhibit a number of approaches to this question.

A decision might be unreasonable because the court cannot see how the decision-maker arrived at it. The decision lacks an ‘evident and intelligible justification’. In Li, Ms Li had applied unsuccessfully for a student residence visa. Her application was being reviewed by the Migration Review Tribunal (‘MRT’). As part of her application, Ms Li had to have her skills assessed by an independent body. Because the body had made several errors in her case, Ms Li asked the MRT for an adjournment to enable her to obtain a fresh assessment. The MRT refused to grant the adjournment and rejected Ms Li’s application: she had been given enough opportunities to present her case, and the MRT was not prepared to countenance further delay.

The High Court held that the MRT’s decision was legally unreasonable. Most of the delay was actually attributable to the MRT, rather than Ms Li. While Ms Li had had some opportunity to present her case, the very purpose of the adjournment power was to give applicants more time to gather and present evidence and arguments. In light of these facts, Justices Hayne, Kiefel and Bell simply could not understand why the MRT had so abruptly ended its review.

A decision might be unreasonable because it is disproportionate. A decision that gives excessive weight to a factor of minor importance or little weight to a very important factor, or obviously exceeds what is necessary for the purpose it serves, may be unlawful as a consequence. In Li, Chief Justice French described this notion as ‘taking a sledgehammer to crack a nut’.

The fact that a decision is inconsistent or discriminatory may also point towards its unreasonableness. In Li, Justices Hayne, Kiefel and Bell endorsed Lord Killowen CJ’s comments in Kruse v Johnson, that unreasonableness may be found where decisions are ‘partial and unequal in their operation as between different classes’.

Second, Li makes clear that ‘[t]he legal standard of reasonableness must be the standard indicated by the true construction of the statute.’ The court must deduce the boundaries of a discretion from the subject matter, scope and purpose of the legislation.

But legal reasonableness draws heavily on values that cannot be found within the four corners of the statute. In Kruger v Commonwealth, Chief Justice Brennan stated that ‘[r]easonableness can be determined only by reference to the community standards at the time of the exercise of the discretion.’ More recently, Chief Justice Allsop has noted that reasonableness is informed by the fundamental, common law values that stretch back at least to Rooke’s Case: ‘a rejection of unfairness, of unreasonableness and of arbitrariness; equality; and the humanity and dignity of the individual’.

Returning to Chief Justice French’s statement, how does reasonableness intersect with the rule of law? Three points can be made here.

First, the implication of reasonableness brings discretionary powers under the rule of law. Discretion is a necessary aspect of any system of law. All legal rules are vague to some degree. This is a product of the open texture of language, the vast variety of factual situations to which rules must apply, and the often unclear, ambiguous or conflicting policies underlying them. A decision-maker must exercise his or her discretion in deciding whether, and how, to apply the rule to the particular case.

Discretion has a particularly prominent place in the modern administrative state. The state has responsibilities in a vast array of areas: social security, planning, the environment, licensing, public order, criminal justice and so on. As Denis Galligan puts it, ‘the very magnitude of the task of regulation has encouraged legislatures to delegate authority to subordinate bodies, and to allow more specialized policies and strategies to be devised by them.’

One of the core demands of the rule of law, according to Jeremy Waldron, is that ‘people in positions of authority should exercise their power within a constraining framework of well-established public norms rather than in an arbitrary, ad hoc, or purely discretionary manner on the basis of their own preferences or ideology.’

Clearly, discretionary powers sit uneasily alongside this demand. The very nature of a discretion means that the decision-maker has a choice about how to act. Truly unbounded discretions could be exercised inconsistently, or erratically, or disproportionately, or in accordance with a person’s private preferences.

Reasonableness is the rule of law’s response to the challenge of discretion. It brings discretionary powers closer to rule of law ideals of transparency, regularity, consistency and predictability. It protects people from being discriminated against arbitrarily. It enables people to organise their affairs in a society largely governed by discretionary decision-makers.

Second, when supervising the limits of a discretion, a court must be careful not to arrogate the discretion to itself. As Justice Brennan pointed out in Attorney-General (NSW) v Quin, the court’s sole concern is the legality of the decision, rather than its merits or correctness. A court cannot substitute its own view of how the power should have been exercised for that of the decision-maker. This would ignore the fact that Parliament has reposed the power in the decision-maker, and stray beyond the legal limits of the court’s own power.

This is a constant tension in reasonableness review. The court’s task is, to some degree, evaluative. It must scrutinise the quality of the decision and the weight accorded by the decision-maker to relevant factors. But the rule of law requires the court to distinguish between a reasonable decision with which it disagrees, and a legally unreasonable decision.

Third, in Li, the High Court characterised reasonableness as a statutory implication. This raises the question of whether Parliament could exclude the requirement of reasonableness altogether. In Li, Justice Gageler held that ‘reasonableness is not implied as a condition of validity’ if it is inconsistent with the terms, nature or statutory context of the relevant power.

At least at the Commonwealth level, it is difficult to see how Parliament could confer a discretion to act unreasonably. Parliament’s power are confined by the Constitution, itself premised on notions of the rule of law. As noted above, reasonableness marks the boundaries of the executive’s ‘area of decisional freedom’. Those boundaries may expand and contract, depending on the nature and purpose of the power. But in a society ruled by law, they can hardly be dispensed with altogether. As Justice Dixon declared in Shrimpton v Commonwealth, ‘finality, in the sense of complete freedom from legal control, is a quality which cannot, I think, be given under our Constitution’.

Jack Maxwell has degrees in law
and philosophy from
the University of Melbourne.
He blogs occasionally
at Four Sciences.
All views are his own. 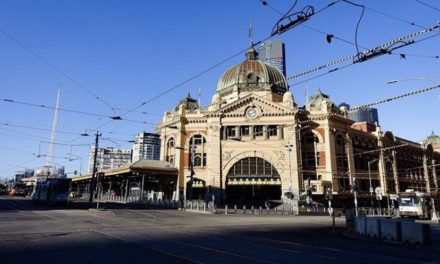