The Rule of Law and The World Anti-Doping Authority Code 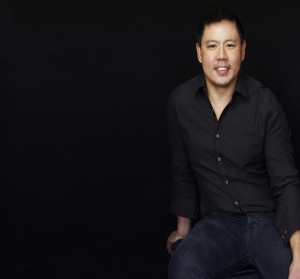 Guest writer Dr Ben Koh is a medical doctor with postgraduate qualification in Sports Medicine and an American College of Sports Medicine accredited exercise specialist. His first doctorate in the faculty of business, school of management, explored athletes’ motivation and use of complementary and alternative medicines  in sports and risk stratifies athlete inadvertent anti-doping rule violations under the WADA code. He is near completion for his second doctorate in Psychology and has recently also started a degree in Law. Dr Koh has assisted athletes in Australia and overseas in anti-­doping rule violation matters and is an experienced bancassurance chief medical officer.

Inherent in the culture of most competitive sports is the never-ending quest to be not just good, but better than others. The fundamental motivation of athletes and the so-called, true spirit of sport can be conceived as wanting to be the best of the best. This essence of performance excellence is often captured in the  Olympic  motto  of  Citius, Altius, Fortius (faster, higher, stronger).Enhancing sporting performance and finding an edge is therefore central to most elite athletes’ pursuits. While the idea of using performance enhancing substances and methods (PESM) in sports has existed since the athletic superstars (gladiators) of ancient Rome, the idea of “doping” is a modern phenomenon. This concept of “illegal” PESM (or doping)  is brought about in part by an increased understanding by the sports and scientific communities of how various consumed substances and methods actually produce performance enhancement. But even if there were proof that performance enhancement occurred with these substances and methods, doping was probably  not  officially recognised as an issue in sport until diagnostic methods became available for its detection.

The World Anti-­Doping Agency (WADA) was formed in 1999 with the purpose of creating a separate, independent administrative agency to spearhead efforts for the anti-doping movement. WADA’s main objective was to standardise anti-­doping policies across sports  organisations  and  public  authorities  worldwide.  One  of  the  original drivers of standardising anti-­doping rules was to protect athletes from health risks thought to be associated with the use of PESM. The advent of WADA and its policies that differentiate between legal and illegal PESMs thus heralded a universally binding global legal framework in sports.

An inherent problem of artificially determining what is legal and illegal PESM is that it neglects the fact that health, enhancement substances and therapies are  not divided by a fixed boundary between acceptable and unacceptable, legal and illegal usages, but that such practices appear on a changing social  continuum. Moreover, the determination of  what is considered illegal  PESM  and  included  on  WADA’s prohibited list lacks transparency in terms of its underlying scientific rationale. What this means is that for the athletes and their advising coaches to navigate safely the WADA Code requires knowledge of pharmacological and physiological science, and an artificial reasoning and understanding of the rules (or laws).The rule of law is a system in which certain universal principles are upheld. One such principle is that the laws are clear, publicised, stable and just, are applied evenly,and  protect  fundamental  rights.  Laws  should  also  be  known  to  everyone  so  that everyone can comply.The WADA prohibited lists include various legal “catchall” provisions that often lack clarity (Gibbs & Koh, 2013). Moreover, rules and scientific evidence have also been inconsistently applied (Henne, Koh, & McDermott, 2013; Koh, 2013.See also use of alternative therapies containing IGF-­1 in Vijay Singh v. PGA Tour Inc. and therapeutic use exemption of testosterone and propranolol in Barron v. PGA Tour Inc.).

While WADA’s mandate stipulates transparency, education and the protection of athletes’ well being, at best, its communications have been inefficient (Koh, Holmes, Adair, & James, 2013). At worst, athletes may perceive that the WADA policy process is there  to  deliberately entrap athletes (see CCES & Swimming Natation Canada (SNC) v. Shulga; SDRCC DT 13-­019).

Another principle in the rule of law is that the system should also be such that the authority or power is distributed in a manner that ensures that no  single organisational body has the practical ability to exercise unchecked  power.  However, under current anti-­doping processes, national anti-­doping organisations (NADOs) are responsible for educating and advising athletes on anti­‐doping rules while also investigating and prosecuting them under the strict liability  provisions  of  the  WADA Code. This creates an inherent conflict of interest and a concentration of power.In Australia the power has been given to the Australian Sports Anti-Doping Authority(ASADA).

European courts have indicated that WADA’s policy of strict liability is justifiable in order to prosecute doping cases (Gardiner et al., 2006).The rational  is  that  strict liability is a necessary deterrent against doping because NADOs have limited personnel and funding, and it would be too onerous to expect them to prosecute anti-­doping rule violations (ADRVs) to the standards expected in  a  court. NADOs  therefore  function  as both judge and jury in cases of ADRV (Straubel, 2009) and any defence based upon lack of intent has limited currency. Although some cases can be appealed to the Court of Arbitration for Sport, not all athletes have the economic resources for such an option, and some sports (e.g. Australian Rules Football) offer this avenue only to WADA and the NADA but not to the athletes concerned.

As a globally binding legal document and in the context of alternative therapies, is the WADA Code culturally sensitive to non‐Western values and social norms (Koh, Freeman, & Zaslawski, 2012)? Have the increased coercive powers brought about by legislation such as the recent  Australian  ASADA  Amendment  Act  (2013),  or  the proposed WADA Code (2015) imposing a potentially career ending four ­year (instead of two   years)   ban   on   first   offenders,   impeded   our   ability   to   better   understand   the phenomenon of (inadvertent) doping? Do athletes’ perceived lack of fundamental rights and insecurity only served to strengthen the Omertà, or a code of silence?

The necessity for brevity for this article limits any indepth exploration of the WADA Code and the implications within a system of the rule of law. But given the issues raised herein, this author questions if the current system of anti­‐doping is congruent with the rule of law?