Kate Burns of the Rule of Law Institute Australia (RoLIA) and Tom Morton of the Australian Centre for Independent Journalism (ACIJ) have partnered to encourage the incoming Federal government to seize the initiative and work with State governments to introduce uniform national shield laws for journalists.

“RoLIA and the ACIJ share a commitment to freedom of speech and freedom of the media” says Burns, “and we believe the Abbott government has an important opportunity to strengthen these freedoms by promoting uniform shield laws applicable throughout Australia. The media plays a vital part in strengthening the rule of law by holding governments to account.”

At present, the Commonwealth, ACT, NSW, Victoria, WA and Tasmania have varying forms of protection, while there are no statutory protections in Queensland, SA or the NT. In some jurisdictions like NSW the protection is limited to professional journalists whereas in others it extends to cover bloggers and independent media organisations. The protections are all contained in the various Evidence Acts that cover federal, state and territory legal proceedings, some of which are headed “journalist privilege”. Broadly speaking, the protections kick in when a journalist has promised a source that if they provide information the journalist will not disclose their identity.

All of these legislative protections set up a public interest balancing exercise to be applied on a case by case basis starting with a presumption in favour of protection. That involves a court determining, on each set of facts, whether the public interest in protecting a journalist’s source is more important than the interests of a party to the litigation. The laws make no allowance for the source in question to be notified that their identity may have to be disclosed or to be represented in the proceedings.

Yet, apart from the WA Act, which sets out a long list of criteria to be applied in deciding where the balance lies, the laws do not provide any guidance on how the public interest is to be assessed. And since these patchy protections are relatively new, there has been no time for case law to be developed. Police informants, on the other hand, have long had almost absolute protection under the common law.

What is at issue is not just the protection of individual sources, but the general willingness of people to confide matters of public importance in journalists without worrying about repercussions for them personally. In Western Australia, Gina Rinehart has been pressing for journalist Steve Pennells to hand over documents in her long-running family litigation. After complex legal argument, Justice Pritchard of the WA Supreme Court found that the WA shield law did apply to protect Pennells’ documents being subpoenaed.

But in a different matter the other week, the High Court refused to hear an appeal from a NSW Supreme Court decision granting access to documents revealing the identity of sources who claimed that businesswoman Helen Liu paid large amounts of money to people, including federal MP Joel Fitzgibbon, to get them on side. Meanwhile, in Victoria, Age journalists Nick McKenzie and Richard Baker are involved in ongoing court battles to protect the name of their source(s) in the prosecution of Reserve Bank executives charged with bribery. It all adds up to a state of uncertainty as to when a source will be protected so journalists can give no clear assurance to their sources.

Finally, there is the added difficulty that source protections do not apply outside court proceedings (if they are not covered by the various Evidence Acts). That means they do not apply to ICAC, the various federal and state Crime Commissions and Royal Commissions. While those bodies generally have a discretionary power to make some non-disclosure orders, there is even less certainty of protection for journalists and their sources.
The previous Federal government took an important step towards protection of journalists’ sources in 2011 with the Evidence Amendment (Journalists Privilege) Act, which inserted a new section 126K into the federal Evidence Act to provide a general shield law for journalists.

The incoming government has an important opportunity take the lead and work with state governments to promote uniform shield laws applicable throughout Australia.

A uniform approach would shift the balance in favour of protection, reflecting the reality of national media. By creating guarantees of source protection, the federal government would make a significant contribution to freedom of speech and freedom of the media. 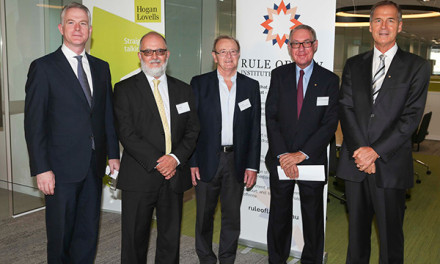 Judicial appointments: US and Australia