The Institute was very pleased to be given the opportunity to contribute to the December 2018 issue of the  Asia Pacific Rule of Law Digest:Advancing Together published by Lexis Nexis.

Jackie Charles, Fiona Leahy with research support from University of Sydney student Broderick Morgan provide an update on the state of the rule of law in Australia, Hungary and Poland. The article commences on page 11 with discussion of the case of Tony Strickland (a pseudonym) v Commonwealth Director of Public Prosecutions [2018] HCA 53   (“Strickland”) in which Gordon J of the Australian High Court noted the role of the courts in protecting the right to a fair trial.

“Accused persons have a right to a “not unfair” trial and it is the courts that decide what is fair, or not fair. Courts have powers to protect an accused’s right to a fair trial. A permanent stay of a criminal trial for abuse of process is one of those powers…the grant of a stay is not about punishing investigators or prosecutors. It is to prevent the court’s processes being used in a manner inconsistent with the recognised purposes of the administration of justice.” [202]

It further highlights the importance of judicial independence, in light of recent developments, and the crucial role the courts play in upholding the rule of law globally. 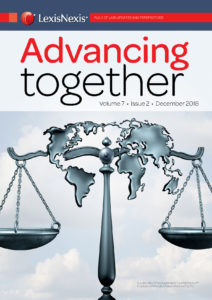 The examination of the state of the rule of law in Hungary and Poland in the article focusses on the erosion of judicial independence through alterations of judicial working conditions. It includes discussion of the European Union response and the recent “partial, compliance with the rule of law” by the Polish government.

The article is a great resource for legal educators seeking to improve their students understanding of the rule of law.

Submission on the performance of ASIC