No One is Above the Law

At its most basic level, the rule of law is the concept that both the government and citizens know the law and obey it.

The phrase ‘equality before the law’ is often used in relation to the rule of law and means: 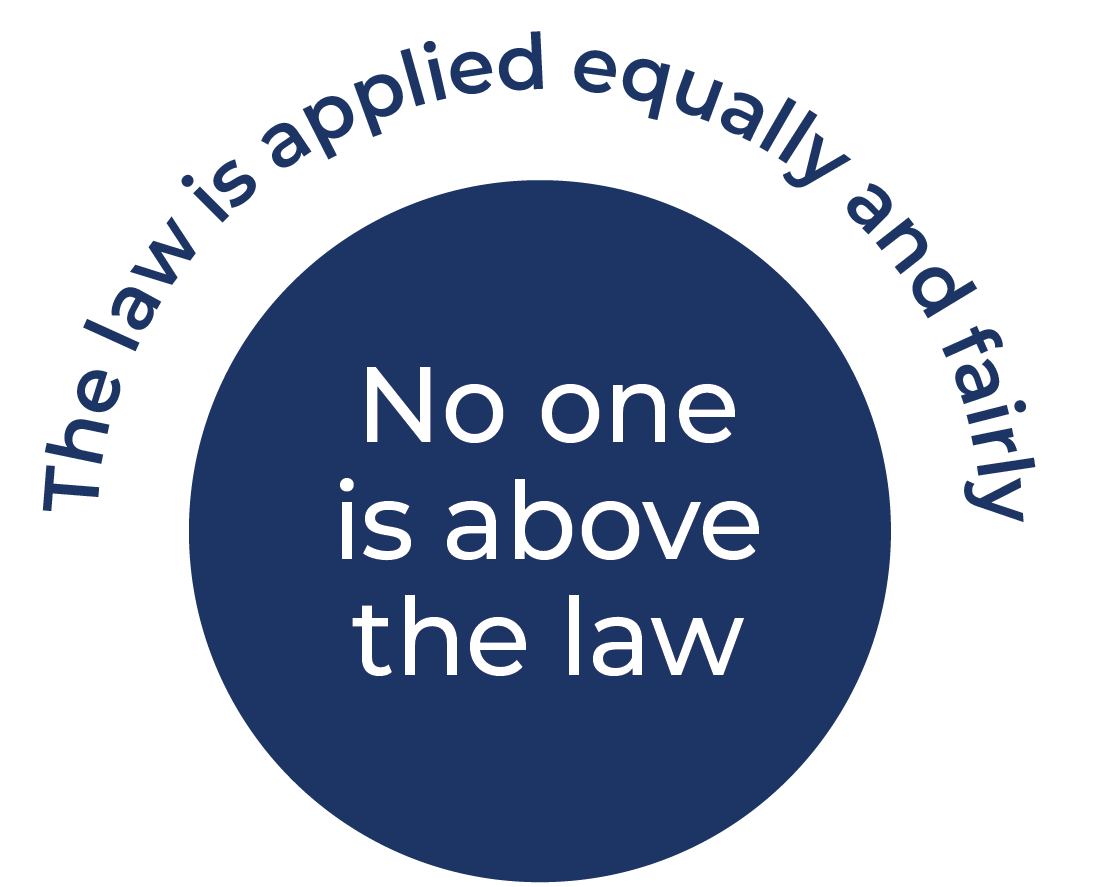 Equality before the law means that all human beings have the right to be treated equally before the law.  They are also entitled to the equal protection of the law, which means all people have the right to be treated fairly and not be discriminated against because of their race, colour, gender, language, religion, political beliefs, status or any other unlawful reason.

Importantly, the law must be superior. All citizens must enjoy equality before the law and be subject to the laws of Australia.

This concept was outlined by Professor A.V. Dicey who described the rule of law as

1. It means . . . the absolute supremacy or predominance of regular law as opposed to the influence of arbitrary power, and excludes the existence of arbitrariness, of prerogative, or even of wide discretionary authority on the part of the government. Englishmen are ruled by the law, and by the law alone; a man may be punished for a breach of law, but he can be punished for nothing else.

2. It means equality before the law, or the equal subjection of all classes to the ordinary law of the land administered by the ordinary law courts; the ‘rule of law’ in this case excludes the idea of any exemption of officials or others from the duty of obedience to the law which governs other citizens or from the jurisdiction of the ordinary courts.

3. With us the law of the constitution, the rules which in foreign countries naturally form part of a constitutional code, are not the source but the consequence of the rights of individuals, as defined and enforced by the courts; . . . the principles of private law have . . . by the action of the courts and Parliament so extended as to determine the position of the Crown and its servants; thus the constitution is the result of the ordinary law of the land.

From the Magna Carta we have the principle that all citizens, including those in power, should be fairly and equally ruled by the law.

On 15 June 1215, when King John sealed the Magna Carta he was agreeing to follow the laws of the land and would no longer be above the law

In Australia today, this principle underpins the foundation of our government, where everyone is held accountable according to the laws of the land. These laws are made by the Parliament and then administered and interpreted by the Courts to secure a safe and free society for all citizens. Under the rule of law, EVERYONE, including the Prime Minister and law enforcement officers, must follow the law. There are no exceptions.

The Law of the Constitution: AV Dicey

The Rule of Law: T Bingham