In this case note, the following topics are demonstrated: 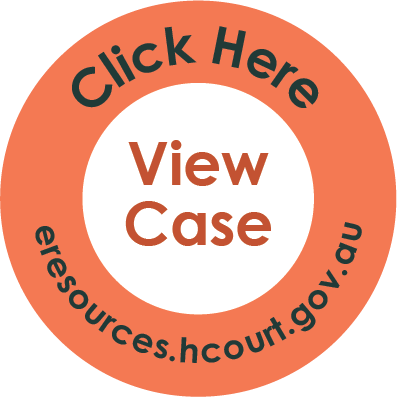 Historically in Australia, a person who could not afford legal representation had to proceed to  trial undefended, even in the case of serious crime.  This case established the principle that a person charged with a serious criminal offence should, except in exceptional circumstances, have their trial stayed until they can obtain legal representation. This significant judge’s discretion contributes to fair trials and equality of treatment before the law.

On 17 December 1986, Olaf Dietrich arrived in Melbourne after a trip to Thailand. He was arrested the next day by the Australian Federal Police and was alleged to have imported seventy grams of the drug heroin. There was compelling evidence that Dietrich had swallowed small packets of the drug to smuggle them through customs. He claimed in court the drugs had been planted by the Police. Dietrich was charged in the County Court of Victoria with four charges relating to drug trafficking under the Customs Act 1901 (Cth).

Dietrich was convicted in the Victorian County Court of three out of four charges brought against him. The offences were punishable by a maximum penalty of life imprisonment.  He appealed his convictions to the Supreme Court, but the Court refused to hear his appeal. He then appealed to the High Court of Australia.

Right to a Fair Trial: 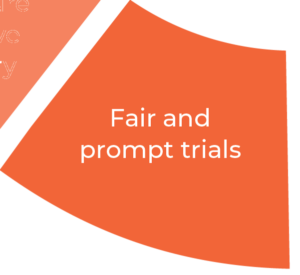 A majority of judges in the High Court decided that the right to a fair trial existed. Justice Toohey referring to a previous case [at 9], explicitly stated:

“the right to a fair trial is engrained in our legal system.”

Dietrich’s lack of legal representation, in this case, meant that the original trial was unfair.

To learn more about the rule of law principle ‘Right to a Fair and Prompt Trial’ click here or on the image on the left.

During the trial, Dietrich had no legal representation. He had applied for assistance from the Legal Aid Commission of Victoria, but they would not represent him unless he agreed to plead guilty to all charges. He then applied to the Supreme Court of Victoria for legal assistance, but this request was also denied.

Dietrich subsequently changed his name by deed poll to Hugo Rich and received a life sentence for the murder of a security guard in 2009. The wife of the victim, Edwin Kastenberger, in a letter to the Herald Sun, articulated some of the issues for victims in seeking justice.