The Federal Government has introduced new legislation to deal with firearms trafficking in Australia, but they have included a mandatory minimum sentencing scheme.

On 15 September, the Federal Government introduced the Criminal Code Amendment (Firearms Trafficking) Bill 2016 into the Senate. The Bill has two purposes: to increase the maximum penalties for trafficking firearms or firearm parts, and to set a mandatory minimum sentence of five years imprisonment for those same offences. These moves were part of the Coalition’s electoral platform moving into the last election.

The idea of introducing mandatory minimum sentences for firearms trafficking is not a new one.

In 2014, the Abbott Government introduced the Crimes Legislation Amendment (Psychoactive Substances and Other Measures) Bill 2014. Amongst other things, the Bill attempted to introduced five-year minimum sentences for firearms trafficking. These provisions were removed in the Senate, and the rest of the Bill passed with the support of the Australian Greens and independent Senators Nick Xenophon and David Leyonhjelm.

In 2015, the Abbott Government tried again, introducing the Crimes Legislation Amendment (Powers, Offences and Other Measures) Bill 2015. Again, the provisions dealing with five-year minimum sentences for firearms trafficking did not make it through the Senate, and were stripped from the final text of the Act.

Now, the Turnbull Government is trying for a third time to introduce five-year minimum sentences. As the Explanatory Memorandum explains:

Due to their enduring nature, a firearm can remain within the illicit market for many years and be accessed by serious and organised crime groups for use in the commission of violent crimes. The mandatory minimum sentence and increased maximum penalties aim to more adequately reflect the serious nature and potential consequences of supplying firearms and firearm parts to the illicit market. In addition, the introduction of a mandatory minimum sentence of imprisonment for five years for these firearms trafficking offences implements the Government’s election commitment made in the Government’s Keeping illegal guns off our streets and our communities safe election policy released on 26 June 2016.

Mandatory sentences are prima facie incompatible with the rule of law. They inappropriately restrict judicial discretion in sentencing, and can lead to unjust sentencing outcomes.

However, it is important to note that, while the 2016 Bill imposes mandatory minimum sentences, it does not impose mandatory minimum non-parole periods. The distinction is significant: although a sentencing judge’s hands would be tied in respect of the “head sentence” to be imposed on an offender found guilty of firearms trafficking offences, there would still be some leeway in the length of the non-parole period, i.e., the length of time the offender would have to spend in full-time custody.

This distinction does go some way towards mitigating the concerns that usually automatically attach to mandatory sentencing regimes. Some judicial discretion in sentencing is preserved, and the scope for unjust sentencing outcomes is narrower. An offender whose culpability is higher might receive a longer non-parole period, while a less serious offence would attract a shorter non-parole period.

Nevertheless, the mandatory sentencing regime suggested by the 2016 Bill is problematic. Giving credence to mandatory sentencing is a dangerous business. Time and again, studies have shown that mandatory sentences do not have a deterrent effect on criminal behaviour (the perceived likelihood of capture and punishment being one of the biggest factors, rather than the type or duration of punishment).

However, those same studies have indicated the serious drawbacks of mandatory sentencing regimes. Unjust sentencing outcomes and restriction of judicial discretion are just two problems. Mandatory sentences can lead to more contested trials, as defendants fight tooth and nail to avoid the sentence. This adds to court delays and drains resources, leading to substandard outcomes across the entire criminal prosecution spectrum. Mandatory sentences also impede law enforcement investigations, by removing the possibility of sentencing discounts for cooperation. Without strong incentives, there is little reason for criminals to risk cooperation with police.

Although mandatory non-parole periods are absent from the 2016 Bill, limiting some of the key concerns discussed above, any move by a legislature that gives credence to mandatory sentencing regimes is problematic. The Criminal Code Amendment (Firearms Trafficking) Bill 2016 should go the same way as its two recent predecessors. Firearms trafficking is an important evil to be combated, but no mandatory sentencing regime – whatever its stripes – is suitable or appropriate. 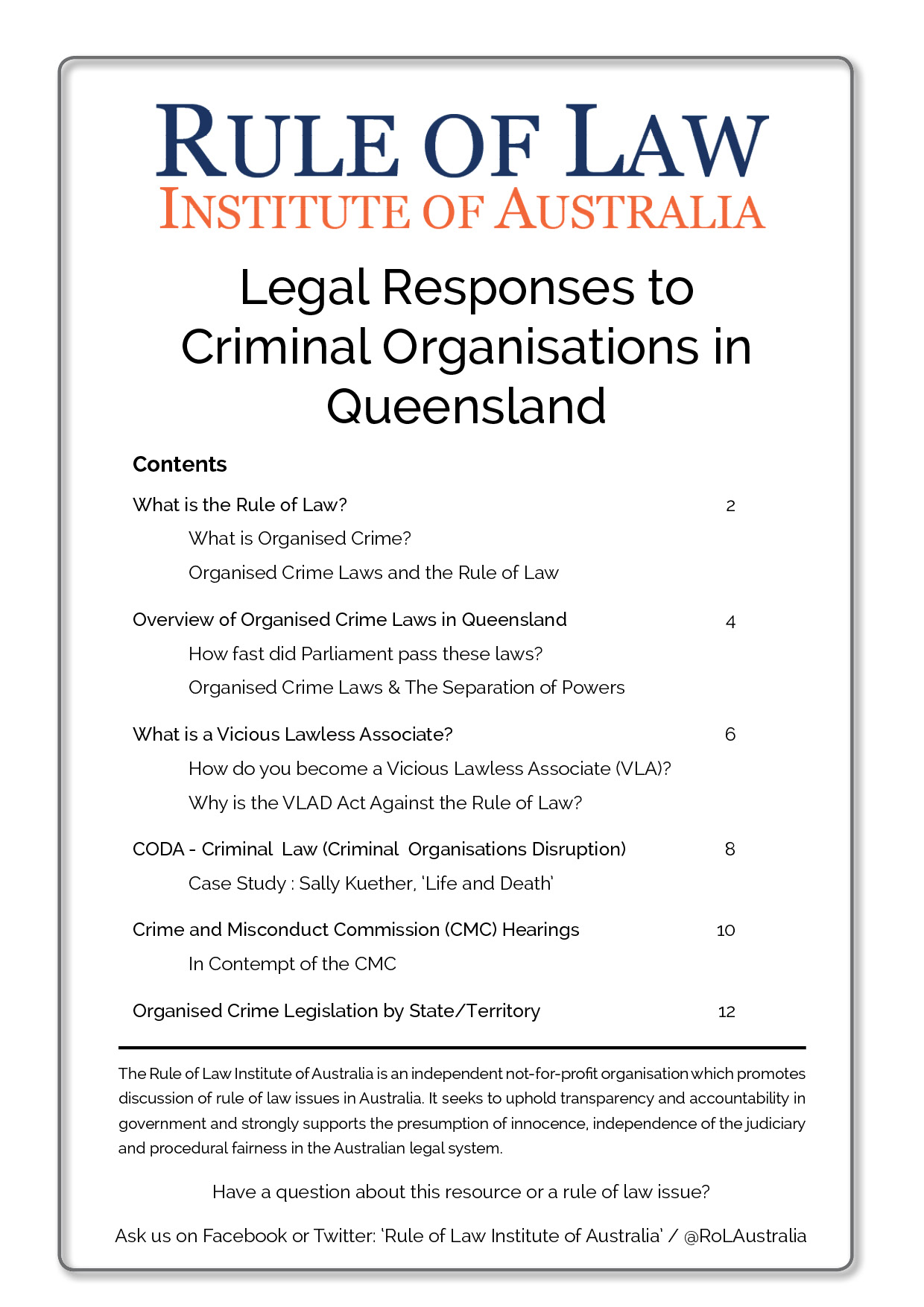