This post examines the work of the International Criminal Tribunal for the Former Yugoslavia (ICTY) and discusses its legacy as its work nears completion. Read part two of this series on the ICTY by Uzma Sherieff about the Prosecution of Radtko Mladić

The rule of law principle that ensures accountability to the law by both citizens and government has had an important role to play in ensuring justice for victims of war crimes.

Last year saw the 20th anniversary of the Srebrenica genocide, the pinnacle in many ways of a brutal and devastating conflict that upturned an entire region. The fateful anniversary brought many to consider what progress Bosnia has made in rebuilding itself after the 1992-1995 war. Has it been successful in developing peace and stability after an absolute breakdown of the rule of law? Has Bosnia, and the former Yugoslavia as a whole, successfully dealt with its tumultuous recent past?

For many, the answer is intimately tied to the work of the International Criminal Tribunal for the former Yugoslavia (ICTY). The ICTY was set up in in 1993, following conflicts in that region throughout the 1990s, in an effort to hold governments and their agents accountable for unlawful actions taken during those conflicts.

This article will consider the legacy of the ICTY, as it currently winds down its activities in The Hague. What was the ICTY created to do? Has it been successful? What kind of challenges has it faced? Finally, how has the ICTY been important in advancing the rule of law?

The ICTY was created in 1993, in the midst of the Bosnian War, to investigate and prosecute war crimes, crimes against humanity, and other violations of international humanitarian law that were reportedly taking place in the former Yugoslavia.

The breakdown of the former Yugoslavia from 1991 into separate sovereign nations proved messy and violent, as ethnic divisions permeated borders, and shadows of history flared anew between Serbs, Croats and Bosnian Muslims. Reports of mass killings, forced displacement, and torture of civilians, first in Croatia and later in Bosnia & Herzegovina, deeply shocked the international community, which found itself confronted by images of detention camps and violence for the first time since the scenes of the Holocaust and World War II.

With the determination to prevent further atrocities and account for what had passed, the United Nations Security Council passed Resolution 827, formally establishing the ICTY . It was the first time that the Security Council had used its mandate for the ‘maintenance of international peace and security’  to establish an ad hoc criminal tribunal.

The ICTY was given a finite material and territorial jurisdiction, but an open-ended temporal jurisdiction: it could try individuals (rather than states or organisations) for war crimes, crimes against humanity, and genocide that had taken place on the territory of the former Yugoslavia, so long as these crimes had taken place on or after 1 January 1991.

The open-ended time frame has allowed the ICTY to investigate a broad range of alleged violations, including those arising from the later conflict in Kosovo, despite this not being originally envisaged by the Security Council.

As was perhaps inevitable for a new venture of this scale and purpose, the ICTY struggled to fulfil its mandate and carve a place for itself in its early years.

With the war in Bosnia raging on, and the Dayton Accords not yet signed, the ICTY had a difficult time convincing countries suspected of harbouring criminals to turn them over to The Hague for trial.

Given the ICTY’s lack of enforcement power, this meant that it did not hold any trials until 1996, and, even then, its first trials were of individuals such as Dusko Tadić, who bore only low- to mid-tier responsibility in the conflict.

The sensitivities of conflict also made it difficult for ICTY Prosecution investigators to collect evidence and find witnesses, as people were suspicious of the ICTY and its activities, or hesitant, for safety reasons, about becoming involved and giving public testimony.

On an institutional level, the ICTY was mired in political tensions, skepticism from all sides, United Nations bureaucracy, and a lack of sufficient resources.

With these factors ever present, it was imperative that the ICTY either build an independent, impartial and internationally-trusted name for itself to encourage State and witness cooperation, or fail its mandate completely.

From Small to Big Gains

The turning point for the ICTY arrived following the issuance of a string of high-profile indictments in 1999, including that of Slobodan Milosević, the then President of the Federal Republic of Yugoslavia.

The transfer of Milosević to The Hague by Serbian authorities in 2001, and the beginning of his trial in 2002, was a promising sign of a fresh start for the ICTY’s relationship with the States of the former Yugoslavia. Serbia’s cooperation, particularly, was, and would be, crucial for the ICTY’s activities.

Milosević’s trial was never completed, as he died in detention in 2008; however, the traction that his trial created arguably offered the ICTY both visibility and legitimacy, and paved the way for the high-profile transfer and trial later on of Radovan Karadžić and Ratko Mladić , both trials being recently completed or underway.

Winding Down and Looking Back

As the ICTY nears the end of its Completion Strategy and winds down its activities, many things can be said of the legacy that it will leave behind.

The ICTY has been criticised for the length of its trials and the selectivity of its indictments, with critics arguing that defendants have not been offered fair and prompt trials.

It has also been argued that the ICTY has not been able to foster reconciliation in Bosnia or beyond, as ethnic divisions remain tangible in the former Yugoslavia. However, this was a significantly ambitious expectation of the ICTY.

With the wealth of its political and logistical obstacles considered, the ICTY has had a crucial role in shedding light on the atrocities of conflict, and giving a voice to victims on an international scale.

It has also vastly developed the jurisprudence on international criminal law, delivering landmark judgments, and broaching new fields such as the prosecution of conflict-related sexual violence.

Strengthening the rule of law

Finally, the ICTY has also crystallised the importance of fundamental rule of law principles, such as the impartiality of judicial proceedings, and the importance of providing every defendant a fair trial with strong defence representation, notwithstanding the political climate, or scale of evidence behind indictments for war crimes and genocide.

In recent years, the ICTY has begun transferring mid- to lower-tier cases to local war crimes prosecution bodies in Bosnia, Croatia, and Serbia, with the aim of helping strengthen a rule of law culture in these countries, at least with regards to war crimes.

While it remains to be seen whether this will have a lasting or embedded effect, perceptions and expectations of justice have certainly shifted considerably and favourably in the former Yugoslavia in light of the work of the ICTY.

Looking back on 20 years since the end of the Bosnian War, it is clear that there is much left to be done in Bosnia, and the region at large, to address both the past and the future. However, the ICTY has been a crucial instrument in the region’s transition from conflict to post-conflict stability.

Despite its imperfections and challenges, the ICTY has been uniquely placed to give voice to victims, record experiences of conflict, and promote a fair and impartial standard of judicial proceedings internationally. Its work has solidified the principle that power is not above the law.

In doing so, it will leave behind a contentious but important legacy in the advancement of the rule of law and the global fight against impunity. 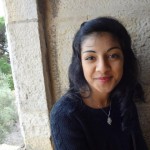 Uzma Sherieff writes for the Rule of Law Institute of Australia as part of our Blog Intern program run in partnership with the NSW Young Lawyers International Law Committee. She is a final year International Studies/Law student at the University of New South Wales, with a major in Globalisation Studies and an interest in public international law, criminal law and public interest litigation. In 2015, Uzma undertook an internship with the Office of the Prosecutor at the International Criminal Tribunal for the former Yugoslavia (ICTY), and she has since conducted extensive research on international criminal law and post-conflict transitional justice issues. This two-part blog series stems from her research and experiences of the ICTY and the Mladić trial. 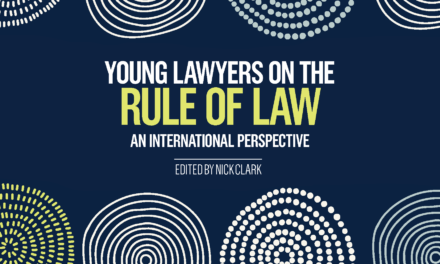 Young Lawyers on the Rule of Law