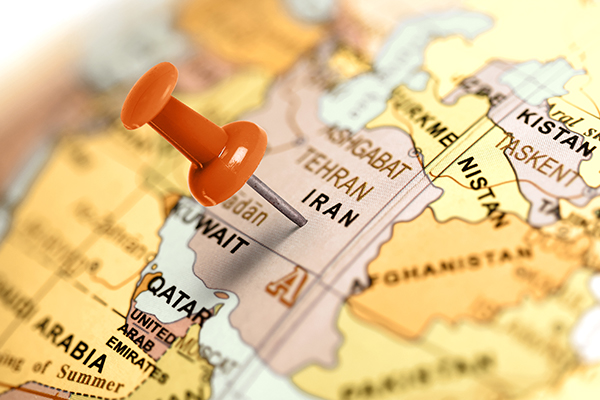 The Parliamentary Joint Committee on Human Rights (PJCHR), is a Committee of the Australian Parliament which reviews bills and regulations to report on their compliance with human rights principles. It reports regularly on all of the laws and regulations that pass through parliament, and tabled its thirty-sixth report for this Parliament last week.

Restrictions on the import or export of goods are known as trade sanctions. Breaches of trade sanctions are a criminal offence under Australian law according to the Charter of the United Nations Act 1945 (Cth) and carry a penalty of up to 10 years imprisonment or up to 2500 penalty units ($450,000).

When it comes to international law, Australia is what is known as a “dualist” system. This means that when the federal government ratifies a treaty, that treaty does not automatically become part of Australian law, like it does in “monist” countries. Parliament needs to pass a law incorporating the international laws and into Australian law. Only then can they be relied upon in Australian courts. An example of this includes the Racial Discrimination Act 1975 (Cth), which brings some the obligations of the Convention on the Elimination of All Forms of Racial Discrimination into Australian law.

Trade sanctions that are created by the United Nations Security Council are international law, and must be created as a law of Australia before they can be enforced.

The Minister for Foreign Affairs is delegated the responsibility for drafting Australian laws relating to trade sanctions. Any law or change to the law is reviewed by the PJCHR which provides recommendations with regard to human rights compliance. The change in early 2016 to the Charter of the United Nations (Sanctions—Iran) Document List 2014, changed the list of UN Documents that gave details about whether certain goods can be imported or exported from Iran under the Charter of the United Nations (Sanctions—Iran) Regulations 2008. Regulations 10 and 12 of those Regulations prohibits the supply of “export sanctioned goods” to Iran, or the importation of “import sanctioned goods” from Iran.

Under another Australian law, the Charter of the United Nations (UN Sanction Enforcement Law) Declaration 2008, a breach of Regulations 10 or 12 is a contravention of a ‘UN sanction enforcement law’. Accordingly, such a contravention is a breach of the Australian law that gives force to the UN Charter, the Charter of the United Nations Act 1945 (Cth) which provides an offence for ‘importing or exporting goods that are prohibited’ that carries a criminal penalty of up to 10 years’ imprisonment and/or a fine of up to 2500 penalty units (or $450,000).1

The Committee’s issue with the Charter of the United Nations (Sanctions—Iran) Document List Amendment 2016 was that they found that it may not be sufficiently precise to allow people affected by it to understand their legal rights and responsibilities.

It is unclear whether the five documents added to the Iran list contain sufficiently precise descriptions of goods, such as would meet appropriate drafting standards for the framing of an offence. For example, the first and second documents, INFCIRC/254/Rev.12/Part 1 and NFCIRC/254/Rev.12/Part 2, appear to provide guidelines for nuclear transfers and transfers of nuclear-related dual-use equipment, materials, software and related technology, as opposed to specific descriptions of particular goods that are prohibited. The committee is therefore concerned that persons potentially subject to these offence provisions may not be able to determine with sufficient precision particular items that are export and import sanctioned goods for the purposes of the Iran Sanctions Regulations.

This lack of clarity was very important, in the Committee’s eyes:

By defining the term ‘export sanctioned goods’ with reference to goods mentioned in documents listed in the instrument, the content of the offences to which this definition relates is imprecise and uncertain. Accordingly, there are significant questions as to whether the instrument, read together with the Iran Sanctions Regulations and the Declaration, is sufficiently precise to ensure a fair trial for the purposes of international human rights law.

The Committee’s report draws attention to a key feature of the rule of law: that laws must be sufficiently precise to allow people to know their legal rights and responsibilities before doing, or not doing, an act.

Clarity and the rule of law

Uncertain laws create confusion in the community, and can create unfairness in trial situations. This is especially a concern when a person can face serious criminal penalties – such as prison sentences of 10 years, or fines approaching half a million dollars!

The rule of law demands a minimum level of clarity in how criminal offences are defined, and the Committee’s report suggests that, in the important area of enforcing international sanctions, the Australian law allowing enforcement of these sanctions may be falling foul of that level of clarity.

Some other Australian sanctions programs