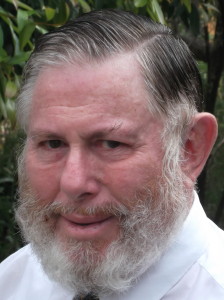 He has presided over some of Queensland’s highest profile criminal trials, but former Justice George Fryberg is probably best known for taking on the Newman Government’s controversial anti-bikie laws.

The Judicial Independence in Australia Conference  at the University of Queensland in July will bring together leading scholars and members of the profession to discuss the nature and importance of judicial independence in Australia, and to debate controversies and challenges to the principle at federal, state and territory levels.

The Hon H George Fryberg will chair a session at UQ’s TC Beirne School of Law that will cover issues such as judicial independence, criticism of judges, and law in the era of social media on 11 July.

“Without that, the only option would be to submit to the government or resort to armed force.”

He said technology posed both opportunities and challenges for the legal profession.

“Swift advances, especially in how people communicate, make this an important issue and one which courts must understand and adopt,” he said.

“I doubt the judiciary have any serious concerns about criticism in social media, but if courts are to use social media, they must exercise great caution.”

The conference coincides with the 800th anniversary of the signing of the Magna Carta and is sponsored by the Magna Carta Committee of the Rule of Law Institute of Australia.

Mr Fryberg said the Magna Carta resonated today because it was considered the source of our inherited liberties.

Registration details are available at www.law.uq.edu.au/judicial-independence.