This case note blog discusses a recent decision from the Administrative Appeals Tribunal about a visa disqualification decision. The right to appeal is fundamental to the rule of law as it acts as a restraint on the use of government power. Transparency of decision making, both governmental and judicial, maintains Australians confidence in our legal system.

What is Administrative Law?

Every day our government and its employees make decisions that affect individuals and groups in our community.  These decisions have to be made in accordance with our laws and can only be made to the extent of the legal authority of the decision maker (in their official position).  This is administrative law (Encyclopaedic Australian Legal Dictionary).

The states and territories, as well as the Commonwealth, each have various tribunals, which, amongst other things, review cases regarding the administrative decisions of government, to ensure they have followed a proper legal process.  These reviews usually concern cases where an individual or group consider that a decision made by the government was wrong. They can seek appeal of the decision to the tribunal, by way of a review.

The tribunal looks at the case under review and determines whether the administrative decision maker previously made the correct or preferable decision in the circumstances of that case. AAT

Examples of an administrative decisions include: denial of a migration visa or denial of welfare payments.  Much of the work of the AAT is about reviewing visa cancellation decisions made by the Department of Home Affairs.

This case note is about one of those reviews.

This case is about an application for a review of a decision to grant a visa under section 501(1) of the Migration Act 1958 (the Act). A decision to refuse a visa was made by a delegate of the Minister (that is an employee of the Office of Home Affairs, authorised by legislation to make such a decision on behalf of the minister) on 3 October 2017.

Mr Gavin Furlong is a citizen of the Republic of Ireland who first came to Australia in 2010. He lived in Darwin where he worked as a bricklayer. Since coming to live in Australia Mr Furlong has contributed to his local community through engaging in sport and charity work. He has close community ties with family members living in Darwin.

In October 2017 his visa to be a resident in Australia was cancelled by the Minister for Home Affairs and he left Australia as it was considered that Mr Furlong had failed the ‘character test’. He appealed the Minister’s decision in the AAT.

The Minister’s reason for the cancellation was that Mr Furlong had failed the character test under the Migration Act 1958 (Cth).

(1) The Minister may refuse to grant a visa to a person if the person does not satisfy the Minister that the person passes the character test.

An applicant can fail the character test if they have been sentenced to jail for more than 12 months.

The tribunal must first consider whether the person passes the character test, due to their past and present criminal and general conduct.

Whilst living in Australia Mr Furlong had been convicted of a number of offences from four separate incidents in 2013 and 2014. Three of them involved alcohol. The offences were:

Senior member Britten Jones of the AAT noted that Mr Fulong had been sentenced to one month in jail and 200 hours of Community Service after the dangerous driving offence. Since that time there has been no new offending.

Mr Furlong admitted that he had a problem with alcohol that affected his behaviour in 2013 and 2014 and that he sought counselling help after he committed those offences.  He provided evidence that he was now leading a very different lifestyle and that it did not involve high levels of alcohol consumption. Witnesses gave evidence of his good character and he provided references from community members regarding his connection to his local community and his charity work.

The tribunal then considered whether there would be a risk in the future of Mr Furlong engaging in criminal conduct or other behaviour involving harassment or vilification of other persons in our community.  He provided evidence that he was married to an Australian and settled in long term employment. His evidence also noted that he had significant ties with his wife’s family and was continuing to contribute positively to his community.

The incidents of a more serious nature all involved some form of alcohol abuse or excessiveness and it is notable that the alcohol abuse which seemed to make up a significant part of the applicant’s life no longer does…those incidents come within the lower end of the spectrum in terms of seriousness of offending… those offences do not involve the degree of moral culpability or turpitude associated with other offences mentioned within subsection 501(6) such as gang-related criminal conduct or people smuggling or genocide or sexually based offences involving a child. [39]

The applicant’s past criminal conduct and his past and present general conduct are not sufficient to establish that the applicant at the time of the decision was not then of good character. [45]

…I do not consider there to be an expectation of the Australian community that a man of his character would not be entitled to remain in Australia and to carry out his life and indeed contribute positively in the future to the life of other Australians as he has done in the past. [63]

The Member also found that the there was no evidence that Mr Furlong would engage in future criminal conduct.

..there is insufficient evidence to establish that the applicant does not pass the character test. Accordingly, the threshold issue embodied within section 501(1) is not made out. In these circumstances there is no need to consider the discretion as to whether the grant of the visa should be refused.[52]

Senior Member Britten-Jones stated that the Minister’s decision should be set aside and that the visa application should not be refused on character grounds. 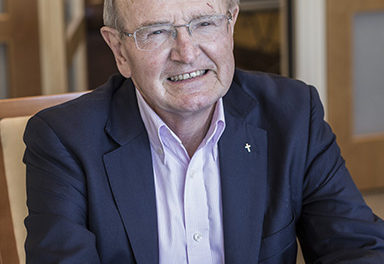