Taylor was born in Newcastle, the fifth son of Walter, a customs officer born in England, and Lilias, born in Australia. The family moved to Sydney when Alan was about ten. He finished high school at age 14, and by the time he was 16, he was working as a government clerk. Eventually, he found his way to the Solicitor-General’s Department, where he developed an interest in law. He began to study it, graduated from Sydney University in 1926, and became a barrister.

It was the beginning of a successful career. He practiced as part of the NSW bar for twenty-six years, in a variety of commercial cases, and took silk in 1943. By this time, he was happily married, and teaching statutory interpretation at his alma mater. He successfully challenged the Chifley Government’s planned nationalisation of the banks in 1949, and the following year successfully defended the Commonwealth Government in the Privy Council on three appeals from High Court decisions. It was a rare loss in 1951, when he was part of the team briefed by the Commonwealth to defend the now-infamous laws dissolving the Australian Communist Party.

Taylor spent 17 years as a High Court justice. Although acknowledged by his peers as immensely and widely knowledgeable about the law, Taylor wasn’t as interested in strict legalism as his Chief during the first half of his tenure, Sir Owen Dixon. He had a reputation as much more down-to-earth and no-nonsense. A hard worker, he was the author of many of the joint judgements of the Barwick court. In 1967, he was appointed a member of the Judicial Committee of the Privy Council, and spent three months in London fulfilling his duties.

Taylor has not left as substantial a mark on Australian jurisprudence as some of his contemporaries. Nevertheless, he was recognised as an able, hard-working judge with a gift for clearly expressing the complicated matters that came before his courts. At his passing, his friend and Chief, Sir Garfield Barwick, remarked that Taylor was:

Wise in conference, confident and practical in discussion, and gentle in dissent.

However, despite the widespread respect for his legal capacity, Taylor’s legacy is perhaps of a more personal type. As Barwick said:

The warmth of his friendship, his unfailing good humour, and his ready turn of wit and phrase on all occasions, [made] our daily association with him pleasant and memorable… It is difficult for us to realise that this companionship, so much a part of our daily lives, has ended. Indeed he was a companionable man – kind, loyal, and generous in his friendship.

In May 1968, Taylor had a stroke. He returned to his duties as a High Court justice greatly physically impaired. As a good sportsman throughout his life, Barwick noted:

It could not have been easy for him to have endured the restraints which his resultant physical condition imposed upon him. Yet when he returned to his daily duty with the Court, he insisted on continuing to take his full share of its judicial work, insisting on continuing to travel, and refusing to accept any special or preferred treatment in the disposal of that work. Always most willing, always cheerful, always uncomplaining, always applying himself assiduously to the task.

Taylor died of a heart attack on 3 August 1969. Barwick mourned his passing, saying:

This Court has lost a great judge, [and] each of us here has lost a close friend. 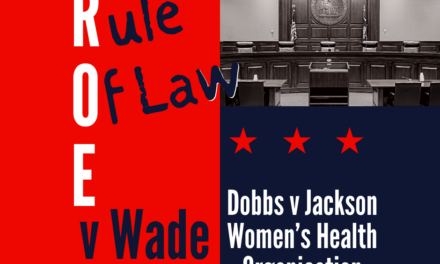 The Rule of Law in Roe v Wade and Dobbs