The NSW Government is currently in the process of trying to alleviate the substantial workload of the NSW District Court. One of the mechanisms through which the government proposes to do this is by introducing the option of summary proceedings for four indictable criminal offences. What does this mean? How might it help? What are some concerns?

Criminal offences in Australia are often divided into so-called ‘summary’ offences and ‘indictable’ (pronounced “in-DITE-able”) offences. These are generally accepted to be shorthand for less serious (summary) and more serious (indictable) offences. However, the difference is more complicated than that. While offences may be grouped as summary and indictable, so may criminal proceedings. These descriptions do not always match up neatly with each other. Sometimes, indictable offences can be tried summarily. So what exactly is going on?

Section 3 of the Criminal Procedure Act 1986 (NSW) provides that an ‘indictable offence’ is:

An offence (including a common law offence) that may be prosecuted on indictment.

An indictment is a formal document that the prosecution files with a court to commence a ‘trial on indictment’. This document presents a brief description of the charges faced by an accused. All offences, except summary offences – discussed below – are able to be tried ‘on indictment’.

In New South Wales, and in most other Australian jurisdictions, indictments are generally only filed after ‘committal proceedings‘. These proceedings are a form of preliminary hearing in the NSW Local Court, where a magistrate decides whether or not there is:

A reasonable prospect that a reasonable jury, properly instructed, would convict the accused person of an indictable offence.

ry trials. This is one of the few explicit protections contained within the Constitution. Its strength is somewhat undermined by the capacity of the Parliament – recognised in R v Archdall – to decide which offences are to be tried on indictment, and which are to be tried summarily. Thus, Parliament can effectively decide which trials are to be conducted by juries. Nevertheless, this remains a key difference between summary proceedings and proceedings on indictment.

Under section 3 of the Criminal Procedure Act 1986 (NSW), a ‘summary offence’ is defined as:

An offence that is not an indictable offence.

This seemingly unhelpful definition actually makes an important point: in Australian law, there are very few, if any, fetters on the capacity of a Parliament to decide what is a summary offence and what is an indictable offence. There is no bright line between the two categories that is discernible from the nature of the offences. As a general rule, summary offences are less serious, but that is simply because that is how Parliament has treated them.

In contrast to the committal hearings that take place before indictments are filed, there is no preliminary hearing for summary proceedings. The overwhelming majority of these proceedings take place in the NSW Local Court and its state and federal equivalents, although, in NSW, the District Court retains a small summary jurisdiction over some work health and safety matters. Summary proceedings are typically much shorter and less complicated than proceedings on indictment. For example, time limits for filing documents are much shorter, and trials may proceed without certain key prosecution evidence if those time limits are not complied with.

Nevertheless, magistrates in summary proceedings are required to balance the competing interests of society in punishing offenders on the one hand, and quickly and efficiently managing their trials on the other hand.

The upcoming reforms in New South Wales will see four offences move from being offences that must be tried on indictment, to offences that may be tried summarily if the prosecution and defence agree to do so.

These four offences are:

These offences will only be heard by the Local Court if:

According to the Government, the shift of these offences from the NSW District Court to the NSW Local Court is expected to provide the District Court capacity to conduct an extra 25 trials per year.

The reforms and the rule of law

If they perform as expected, the reforms may provide an important benefit to people facing trial in the District Court. The current backlog of cases in that court means that people are waiting, on average, 11.6 months for their trial to be finalised. Shifting these offences to the Local Court will provide a quicker resolution for people charged with those offences, but also provide benefits to people charged with other offences in the District Court. The principle of efficient justice is a key part of the rule of law, and recognises the damaging impact that slow trial processes can have on all parties involved. This District Court backlog is one of the key drivers of the record prison population in New South Wales at the moment.

On the other hand, the reforms indicate the ease with which offences may be transferred from summary to indictable and back again. This is particularly of concern at the federal level, where the right to a jury trial may hinge on whether the legislative branch decides to categorise an offence one way or another. It is an important part of the rule of law that protections like jury trials do not depend merely on arbitrary decisions of the legislature. 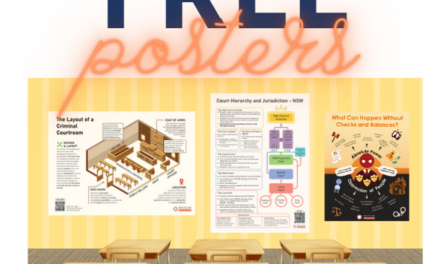 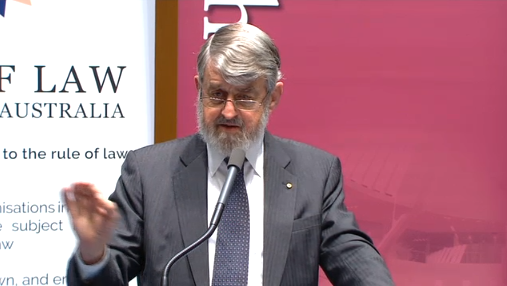