The  International Criminal Court (ICC)  is a pillar of the international rule of law, but in recent months it has been rocked to its core.

On 12 October, Burundi moved to become the first country to leave the international Court, as its parliament voted to withdraw from the Rome Statute, the treaty establishing the ICC.

On 21 October, South Africa followed suit, formally lodging its instrument of withdrawal with the United Nations. Justice Minister Michael Masutha explained that South Africa’s membership of the ICC clashed with its domestic law granting immunity to sitting heads of state. In June 2015, President Jacob Zuma raised international ire by refusing to arrest Sudanese President Omar al-Bashir, indicted for genocide, crimes against humanity and war crimes, while he was in South Africa for a summit.

On 24 October, the Gambia announced that it too was withdrawing from the ICC. Information Minister Sheriff Bojang declared the ICC ‘an International Caucasian Court for the persecution and humiliation of people of colour, especially Africans’.

Kenya and Namibia have suggested that they might join this African exodus.

These events underline the deep challenges the ICC faces in Africa. The Rome Statute entered into force on 1 July 2002. Since then, the ICC has opened 10 official investigations, nine of them in African countries. All of the 42 people indicted have been from African countries. As ICC President Sidiki Kaba noted recently, ‘many Africans perceive the ICC to be an instrument of judicial imperialism which seeks to punish Pan-African leaders.’

But a closer look at the Court’s record shows that the reality is more complex. Five of the nine investigations have been initiated by the country itself: the Democratic Republic of the Congo, Uganda, Mali and Central African Republic (twice). Another two – Libya and Darfur, Sudan – were referred to the ICC by the Security Council.

Meanwhile, the ICC continues its investigations into Western wrongdoing. On 14 November this year, the ICC’s annual report stated that there was a ‘reasonable basis’ to believe that, in interrogating detainees in Afghanistan, members of the United States armed forces and the CIA ‘resorted to techniques amounting to the commission of the war crimes of torture, cruel treatment, outrages upon personal dignity, and rape.’ The Court is also examining claims of British war crimes in Iraq, and Russian complicity in crimes against humanity in Ukraine and South Ossetia, Georgia.

The ICC has its flaws. Its jurisdiction depends largely on consent. This principle reflects the importance of state sovereignty, but at its worst permits rich and powerful countries to defy the Court’s mandate. The United States, Russia, China and India are not parties to the Rome Statute. The United States has gone a step further. Under the American Servicemembers’ Protection Act, the President may use ‘all means necessary and appropriate’ to bring about the release of any United States or allied personnel ‘detained or imprisoned by, on behalf of, or at the request of the International Criminal Court’.

The ICC is also, like most things in international relations, susceptible to the Security Council. As noted above, the Security Council may refer situations to the ICC over which it would not otherwise have jurisdiction. It can also require the ICC to defer an investigation or prosecution for a period of 12 months, which may be renewed indefinitely. The five permanent members retain their usual veto powers over these resolutions. In 2014, for example, China and Russia barred referral of the situation in Syria to the ICC, despite credible allegations of genocide, war crimes and crimes against humanity. As President Kaba concedes, these institutional features give ‘the impression that international justice applies double standards’.

Despite these limitations, the ICC remains crucial  to  the international rule of law. The conceit of the Rome Statute is that power must be subject to certain foundational rules: prohibitions on the most egregious violations of human dignity.
In the words of article 27, these rules

Consistently with the principle of equality before the law, ‘official capacity as a Head of State or Government, a member of a Government or parliament, an elected representative or a government official’ does not exempt a person from international criminal responsibility.

Finally, the ICC enforces these rules in accordance with the core requirements of a fair trial: the right to be informed of the charges one faces; the right to adequate time and facilities for the preparation of one’s defence, including the right to counsel; the right to be present at one’s trial and to examine the evidence put by the prosecution; the right to silence; the presumption of innocence; proof of guilt beyond reasonable doubt; an independent prosecutor, who is bound to investigate incriminating and exonerating circumstances equally.

Pursuant to the principle of complementarity, these rules are enforced primarily by a country’s domestic courts, with the ICC a forum of last resort. As Luis Moreno Ocampo, the Court’s first prosecutor, stated:

the number of cases that reach the Court should not be a measure of its efficiency. On the contrary, the absence of trials before this Court, as a consequence of the regular functioning of national institutions, would be a major success.

Ocampo’s comment also points to how the ICC indirectly reinforces the international rule of law, by assisting ‘the regular functioning of national institutions’. According to Elena Baylis, domestic courts in the Democratic Republic of the Congo have used the Rome Statute when prosecuting people for war crimes and crimes against humanity, incorporating its definitions of crimes and standards of due process. The ICC, and the international legal networks that have developed around it, can model and cultivate the rule of law in domestic legal systems around the world.

The discontent of Burundi, South Africa and the Gambia, among others, should spur on the ICC as an institution: to strive towards universality; to obtain the resources to fund investigations across the globe; to communicate the Court’s values, principles and doctrines to an ever broader audience.

Jack Maxwell has degrees in law
and philosophy from
the University of Melbourne.
He blogs occasionally
at Four Sciences.
All views are his own. 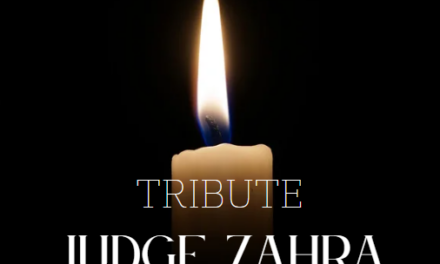 VLAD and the Queensland Taskforce