In the seventh post in our series of collaborative posts with New South Wales Young Lawyers’ International Law Committee, Laura Hugh looks back on the Truman Proclamation and its impact on the law of the sea.

71 years ago today, Harry Truman made the United States Presidential Proclamation No. 2667, now known as the ‘Truman Proclamation’. The Proclamation marked a significant development in, and contribution to, the law of the sea, being the first time a coastal state had asserted its right to a specific offshore resources area, distinctive from the idea of a territorial sea.

The Law of the Sea prior to the Truman Proclamation

Up until the mid-twentieth century, the law of the sea, such as it was, was Eurocentric. Beginning in the Middle Ages, many European states exerted control over activity on the oceans, due to their power and advanced maritime technology. 1

This conflict caused by this activity culminated in the Papal Bull of Pope Alexander VI, giving effect to the Treaty of Tordesillas in 1494, which sought to split the world into Portuguese and Spanish territory, with the view to permitting territorial expansion and conquests over the seas, without perpetual conflict between those two powers.

However, the Treaty of Tordesillas fatally ignored the increasing claims of other European countries. The ‘mare clausum’ (“closed sea”) policy of the Portuguese and Spanish, where they asserted the right to exclude other European powers from the waters in ‘their half’ of the globe, was never going to be compatible with the rising aspirations of the rest of Europe. These conflicts culminated in the publication of Dutch scholar Hugo Grotius’ Mare Liberum (‘The Open Sea’), which asserted the freedom of the seas, and, in particular, the right of the Protestant Dutch colonies to participate in the lucrative trade with the ‘East Indies’, today’s Southeast Asia, which was in Portugal’s designated sphere of control.

In response to Grotius’ claims, the English scholar John Selden’s work, Mare Clausum (‘The Closed Sea’) was published in 1635. In this work, Selden asserted English dominion over the seas around the British Isles, and sought also to prove a long-standing state practice of dominion over oceans.

From the seventeenth to nineteenth century, the view of freedom of the seas was well-respected. 2 However, debate continued between these two poles, eventually settling somewhere in the middle. In 1702, another Dutch scholar, Cornelius van Bynkershoek, proposed what became known as the ‘three-mile rule’: a country’s dominion over the seas surrounding it extended only so far as the range of its coastal cannons, or about three miles.

The later part of the nineteenth century saw a re-thinking of whether freedom of the seas should continue to be respected in circumstances where a coastal state needed to defend itself, and an increasing embrace of Bynkershoek’s ‘three-mile rule’. Coastal states started to claim rights to waters alongside their coasts, similar to claims made over certain land territory. These became known as ‘territorial sea’ claims, with coastal states being permitted to exercise jurisdiction and control over an area for reasons including access to fisheries and security. 3 Nevertheless, the size of these claims remained relatively small.

Following World War 1, the establishment of the League of Nations provided an opportunity for the international community to codify developments in international law. 4 In 1924, the League of the Assembly appointed a Committee of Experts regarding the law of the sea, and in particular, the territorial sea and the status of foreign vessels. 5 In 1930, 44 states attended the Hague Codification Conference, convened by the League of Nations. However, due to an inability of attending states to reach agreement on the law of the sea, no treaty was produced.

It was in this atmosphere of differing state practice, and an increasing trend towards territorial sea zones, that President Truman made his proclamation at the end of WWII in 1945.

Within the Truman Proclamation, the US made the following points:

The US concluded that natural resources ‘of the subsoil and sea bed of the continental shelf beneath the high seas but contiguous to the coasts of the United States, subject to its jurisdiction and control’.

It conceded that by its Proclamation, free navigation of the high seas would not be affected, but noted that where the US continental shelf overlapped with those of another State, the two States would determine an appropriate boundary according to fair principles.

The Law of the Sea Post-Proclamation

The Truman Proclamation was an unprecedented development in the law of the sea, and sparked similar claims by other states in the following years.

This trend received official endorsement by virtue of its consideration at the First United Nations Conference on the Law of the Sea (UNCLOS I), 7 and codification in the Convention on the Continental Shelf, which was concluded on 29 April 1958, and entered into force on 10 June 1964. This was significant in that it reflected the development of customary international law and state practice. 8

This position articulated in the Truman Proclamation has now been codified within article 77 paragraph 1 of the 1982 United Nations Convention of the Law of the Sea (“Convention”), which provides:

The coastal State exercises over the continental shelf sovereign rights for the purpose of exploring it and exploiting its natural resources.

Ironically, despite its contribution to the development of the Law of the Sea, the United States is not yet a party to the Convention.

The Proclamation and the rule of law 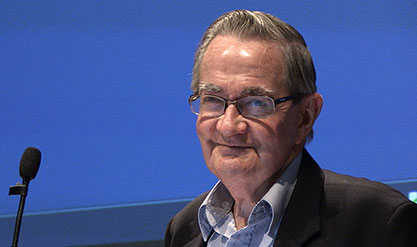 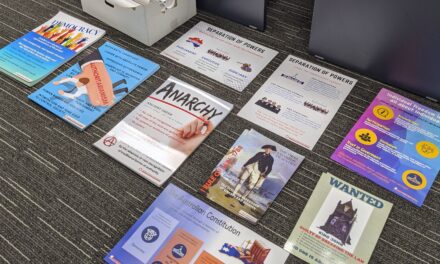