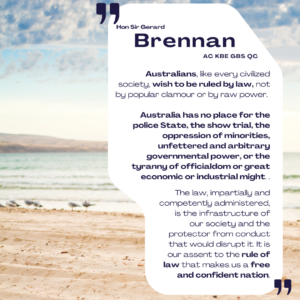 Sir Gerard Brennan, the former Chief Justice who was primarily responsible for recognising Aboriginal native title, has died at the age of 94, triggering widespread praise for his role in overturning the concept of terra nullius.

He was described by Attorney-General Mark Dreyfus as a brilliant, compassionate man whose devotion to the law had made Australia a better, fairer and more decent nation.

At the Opening of the 30th Australian Legal Convention Melbourne on 19 September 1997,  The Hon Sir Gerard Brennan, AC KBE Former Chief Justice of Australia gave this speech on ‘The State of the Judicature’.  Click here to read the whole speech from the High Court of Australia’s Website.

His introduction was as follows:

“Every society has a Judicature – the dictatorship as well as the democracy, the simpler societies of earlier centuries as well as the sophisticated societies of the modern day. It is the institution which avoids self-help in resolving disputes and controls excesses of power. Its decrees give concrete effect to the laws of the State.

What the Judicature does or does not do largely determines the character of the society in which we live. So the State of the Judicature is the concern not only, nor even chiefly, of the officers of the Judicature; rather it is the concern of the people of Australia who are protected by, and are subject to, its jurisdiction. What are the functions which the Australian people expect the Judicature to perform? That question is hard to answer unless we have answers to some even more fundamental questions: should there be protection against excesses of governmental power, including the police power? how far should a majority’s will or a majority’s interest prevail over the will or interest of a minority? should the powers of a democratically-elected legislature be limited? should the policies and actions of an executive government be subject to judicial review or control? should there be any regulation of economic and industrial power other than the market?

The answers which most Australians would give to these and other fundamental questions all point to the obvious conclusion that Australians, like every civilized society, wish to be ruled by law, not by popular clamour or by raw power. Australia has no place for the police State, the show trial, the oppression of minorities, unfettered and arbitrary governmental power, or the tyranny of officialdom or great economic or industrial might. The law, impartially and competently administered, is the infrastructure of our society and the protector from conduct that would disrupt it. It is our assent to the rule of law that makes us a free and confident nation.

If we are to be governed by the rule of law, we must have a Judicature to administer it”

He then outlined the required characteristics for an effective Judicature. That is a Judicature that is

1. Impartial and Independent of Government or those in power

3. Supported by the poeple

4. Reasonable accessible for those in need of its remedies

“These being the criteria of a Judicature required to maintain the rule of law in a free and confident nation, they are the reference points for considering the State of the Judicature.”

This resource provides a comparison of the experience of judicial independence across three nations – Australia, Poland and Afghanistan, examining the role of the constitution and the associated the impacts of constitutional changes on judicial discretion and power, and therefore the achievement of the Rule of Law. 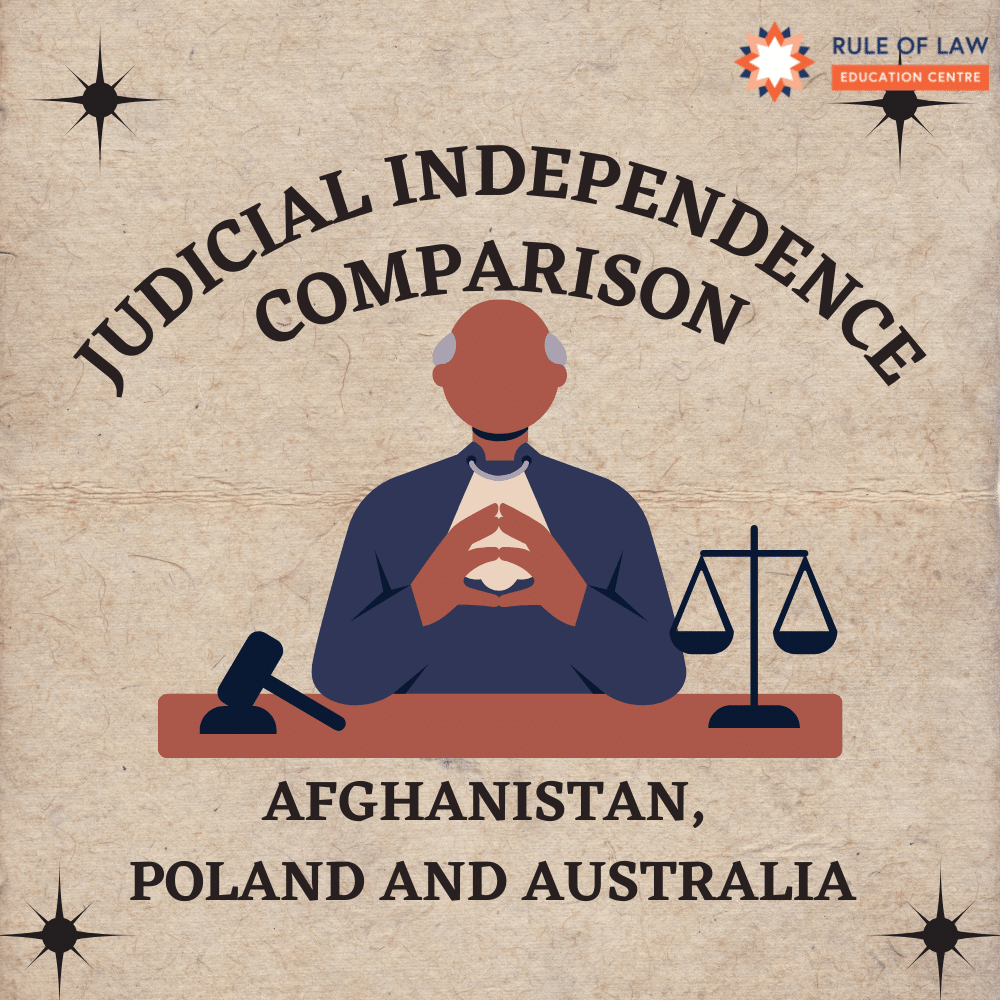