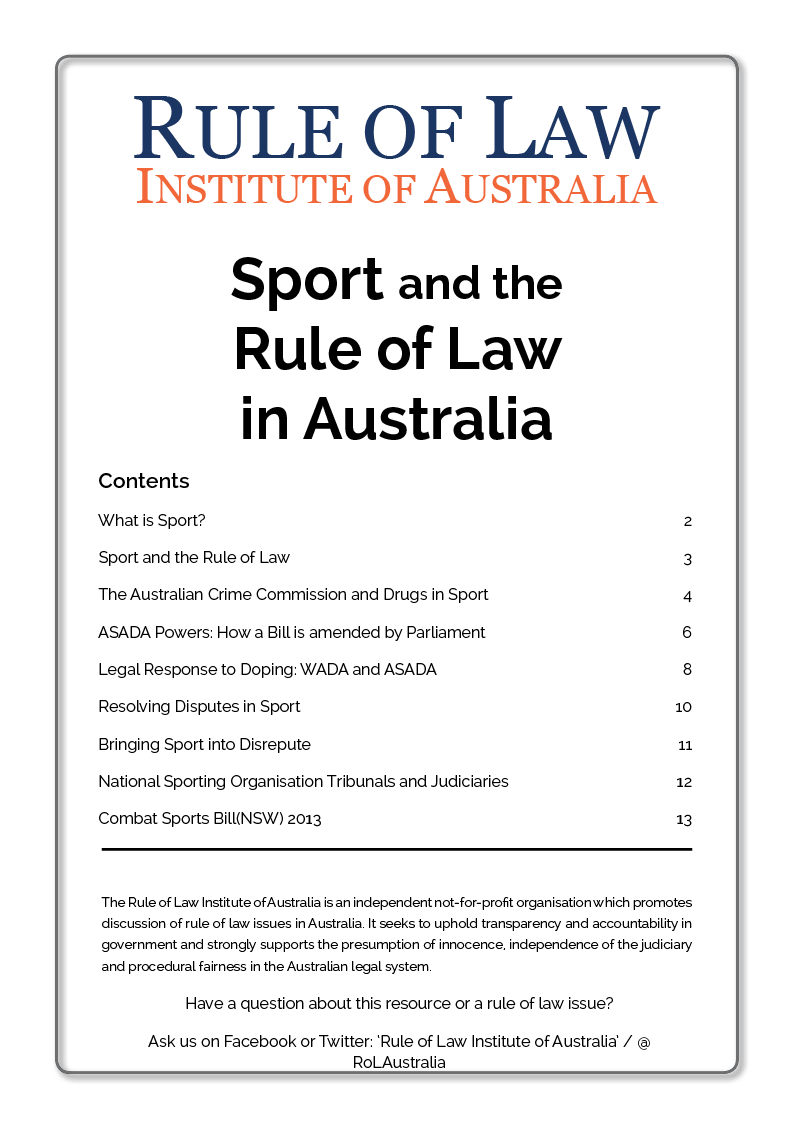 Download the Sport and the Rule of Law Booklet

This resource dates from 2013 but could be useful for teachers looking for activities for students.

The 2013 ASADA Law Reform and ‘Blackest Day in Australian Sport’

The release of the Australian Crime Commission’s report on drugs in Australian sport in 2013 was an eye opening event which focused much negative attention on the conduct of Australian sporting teams, officials and athletes.

The allegation that organised crime was supplying drugs to major sporting teams was highly publicised in the media and led to the Australian Sports and Anti-Doping Authority being granted stronger powers to interrogate and interview athletes suspected of involvement in doping activities.

The rule of law issues with what occurred were as follows:

The presumption of innocence was taken away from sporting codes, teams and athletes, since the accusations were made and were in many cases taken to be true, without a finding of guilt. Sporting codes such as the AFL accused certain officials of “bringing the game into disrepute” in the wake of accusations of doping. While it is conceivable that there are issues with drugs in sport in Australia, is it acceptable that individuals are subjected to trial by media instigated by vague accusations of law enforcement which after more than a year after have resulted in no criminal or civil prosecutions?

Removal of the right to silence for athletes interviewed by ASADA was a worrying move. Athletes are already subject to a testing regime for drugs and banned substances which require them to keep ASADA notified about their location and to submit to ad hoc blood tests. Such a testing regime may be necessary to catch those who are breaking the rules, but is taking away an athlete’s right to silence going too far?