The Presumption of Innocence and the Role of a Prosecutor

Rule of Law Education interviewed Senior Crown Prosecutor Mark Tedeschi AM QC about the role of a prosecutor, the presumption of innocence, and the standard of proof in a criminal case.

Mark Tedeschi AM QC has led some of NSW’s most high profile criminal prosecutions in recent times including the prosecution of Ivan Milat.

An outline of the video and key quotes have been placed below.

Mark Tedeschi AM QC discusses the dual roles and responsibilities of a prosecutor.

How have the duties of a prosecutor changed over time? 01:39

“By the time of the trial the accused is entitled to know everything that is relevant to the case.”
“[The] duty of disclosure has become heightened.”

What is the prosecutors main role when speaking to the court? 02:50

Mark Tedeschi QC discusses the importance of making proceedings understandable to the jury. He says that the most important role of a prosecutor is “to explain legal concepts to jurors in a way that they will understand.”

What is the presumption of innocence? 03:35

For further details about why the presumption of innocence is good for us, click here. 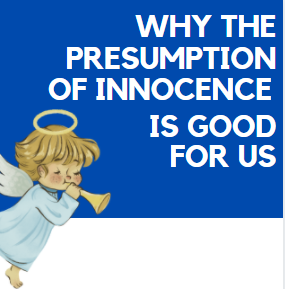