Part one discusses Furlong and Minister for Immigration and Border Protection (Migration) [2017] AATA 3014 (21 December 2017)  a case heard by the Administrative Appeals Tribunal.

This case, Falzon, was heard by the High Court earlier in 2018. The High Court was asked to determine whether the Minister for Home Affairs was exercising judicial power when he cancelled Mr Falzon’s visa due to him not meeting the requirements of the test under the act.

(1) The Minister may refuse to grant a visa to a person if the person does not satisfy the Minister that the person passes the character test.

An applicant can fail the character test if they have been sentenced to jail for more than 12 months.

…the person fails the character test because the person has suffered conviction for identified serious criminal offending and the person is currently serving imprisonment for any Commonwealth, State or Territory offence.

Mr Falzon arrived in Australia from Malta in 1956 as a 3 year old child. He has lived in Australia since that time. Mr Falzon never obtained Australian citizenship and had a special type of permanent residency visa called an Absorbed Person Visa . He has two sisters and four brothers, four adult children and 10 grandchildren as well as nieces, nephews and other minor family members living in Australia. He was designated a lawful non-citizen under the Act.

In the 61 years that he has lived in Australia he has been convicted of a number of criminal offences. Most recently, in 2008, he was convicted of trafficking a large commercial quantity of cannabis and was sentenced to 11 years’ imprisonment with a non-parole period of 8 years [2].

Mr Falzon applied to have the cancellation decision revoked but:

Mr Falzon appealed the decision to the High Court.

… that s 501(3A) is invalid for conferring federal judicial power on the Minister, contrary to Ch III of the Constitution, because it empowers the Minister to punish him for offences he has committed. Opinions on High

The separation of powers, under the Constitution, specifies that executive power, legislative power and judicial power are exercised separately. This acts as a check and balance on the use of power. Mr Falzon’s lawyers argued that the Minister (Executive power) used his power to detain Mr Falzon and that putting someone in detention is something only a court can do (Judicial power).

The High Court dismissed Mr Falzon’s application and held that s 501(3A) allows for the cancellation of a person’s visa if they fail the character test, it does not authorise detention of the person. When Mr Falzon’s status changed from being a lawful non-citizen to a unlawful non-citizen, under the Act, he was liable to be removed form Australia as he no longer had the legal status to live here.

Justices Kiefel, Bell, Keane and Edelman said the following about whether the Minister was exercising judicial power:

The exercise of a power of cancellation of a visa by reference to the fact of previous criminal offending does not involve the imposition of a punishment for an offence and does not involve an exercise of judicial power….The power to cancel a visa by reference to a person’s character, informed by their prior offending, is not inherently judicial in character. It operates on the status of the person deriving from their conviction. [47 -48]

Mr Falzon will be deported back to Malta and will be unable to return to Australia.

Winding back the Liberties: The New Anti-Terror Laws in Australia 2014 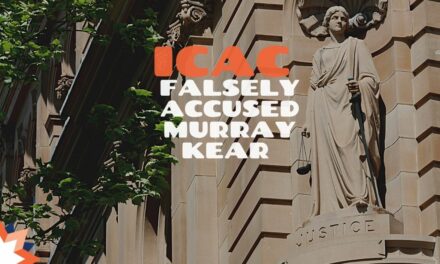