Why Presumption of Innocence is good for us

With the allegations that Australian soldiers may have committed crimes whilst in Afghanistan the media is full of talk of the presumption of innocence.

The following are the reasons why the presumption of innocence is considered good for us and worth fighting to maintain.

Just think what it would be like if you were living in a country such as Iran where there is no presumption of innocence.  You could be arrested at any time and sentenced and imprisoned for many, many, years. The most recent example of this is Kylie More-Gilbert an Australian woman who has just been released from gaol in Iran where she was serving a 10-year sentence on false espionage charges. The release occurred as part of an exchange of prisoners and not as result of any proper appeal process.

In most places in the world might is right. That is, the authority who has the might can act without regard to what is the truth, as in the case of Kylie More-Gilbert on a fake charge of espionage.

To better understand this presumption, certain things need to be said to avoid confusion.

The presumption of innocence is not a legal right in Australia enforceable at law. What is meant by that is that a person cannot sue upon the presumption in our courts. Whilst the Magna Carta is often cited as establishing the presumption into our law it does not create an enforceable legal right in Australia, nor do any of the Human Rights Acts of the States of Australia or the Australian Capital Territory and nor does the International Covenant on Civil and Political Rights and neither does the Federal Constitution.

The presumption only exists in the Australian legal system as a presumption in our common law. It can be excluded or modified at any time by a Federal or State Act of Parliament, which we have seen increasingly happen over the last 10 years

The presumption is usually expressed in relation to a charge of a criminal offence. For instance, the website of the Federal Attorney General describes the presumption as imposing on the prosecution the burden of proving the charge and guarantees that no guilt can be presumed until the charge has been proved beyond reasonable doubt. However, the expression has a much wider understood meaning in Australia as applying  to any assertion made, and requiring the person, the subject of the assertion, to be presumed innocent unless the maker of the assertion establishes the assertion as correct.

For those of us who wish to see (if not experience) how the Australian system needs to be constantly maintained we need only look to see what happened in Victoria in the last few months. There the system of checks and balances broke down and there was no mechanism to enforce it, or if one existed, no one was prepared to stand up and enforce it. It was terrifying to see how quickly this occurred and Victoria became a police state, quashing all dissent, as was seen in the charging and arrest of Zoe Buhler … a pregnant mother. This breakdown did not happen when Australia was at war and was faced with being overrun, it happened in peace time! 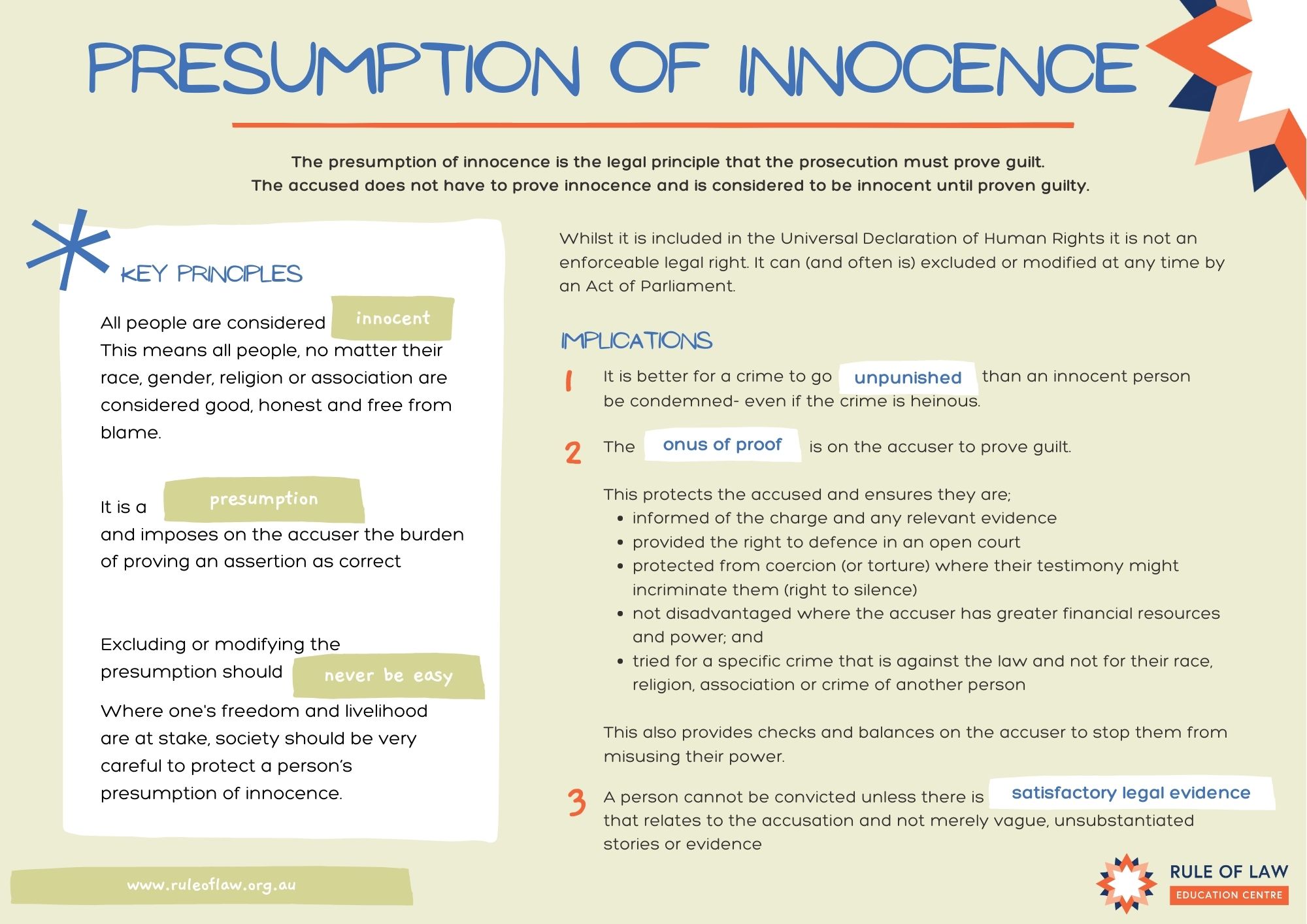 Classroom Poster outlining the key principles of the Presumption of Innocence 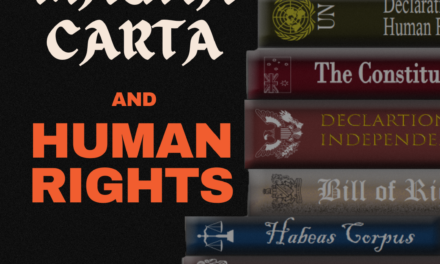