While each Australian state’s systems differ slightly, what is common throughout Australia is the tiered court system, with the Supreme Court in each State or Territory having jurisdiction to hear cases of the most serious kind and the High Court of Australia having final jurisdiction, or ‘the last say’.

Two divisions exist within the Local Court – The Children’s Court and the Coroners Court – which may hear more specific matters.

For most cases, the Local Court is both the starting and finishing point, though if an appeal is made against the Local Court’s decision, the matter is passed to a higher court such as the District Court or the Supreme Court of the state.

The District Court is the intermediate court in the judicial hierarchy of the state of New South Wales. It may hear most serious criminal offences, with the exception of charges of murder and treason, which must be dealt with by the Supreme Court. Additionally, the District Court deals with appeals against the decisions of the Local Court and may hear civil claims generally limited to claims less than $750,000. 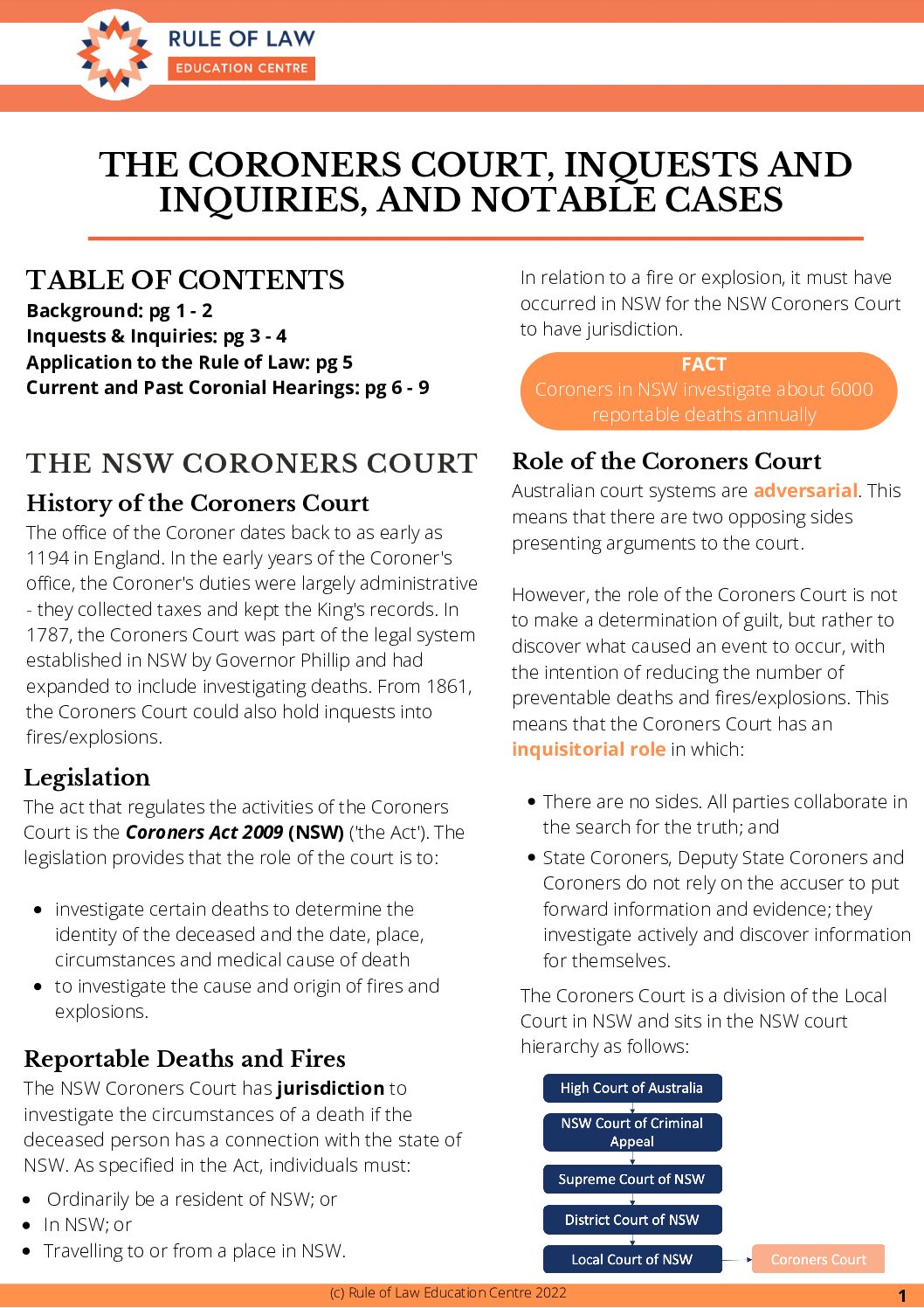 The Court of Appeal / Court of Criminal Appeal

These courts, which are divisions of the Supreme Court, specifically hear cases that have been appealed from either the Supreme Court or the District Court. These appeals are passed to either the Court of Appeal or the Court of Criminal Appeal depending on the nature of the offence; civil matters are handled in the former, while criminal matters are handled in the latter.

The High Court of Australia

The High Court is the judicial pinnacle of Australia, and its role can be well explained by Sir Owen Dixon, the Chief Justice of Australia:

“The High Court’s jurisdiction is divided in its exercise between constitutional and federal cases which loom so largely in the public eye, and the great body of litigation between man and man, or even man and government, which has nothing to do with the Constitution, and which is the principal preoccupation of the court.” 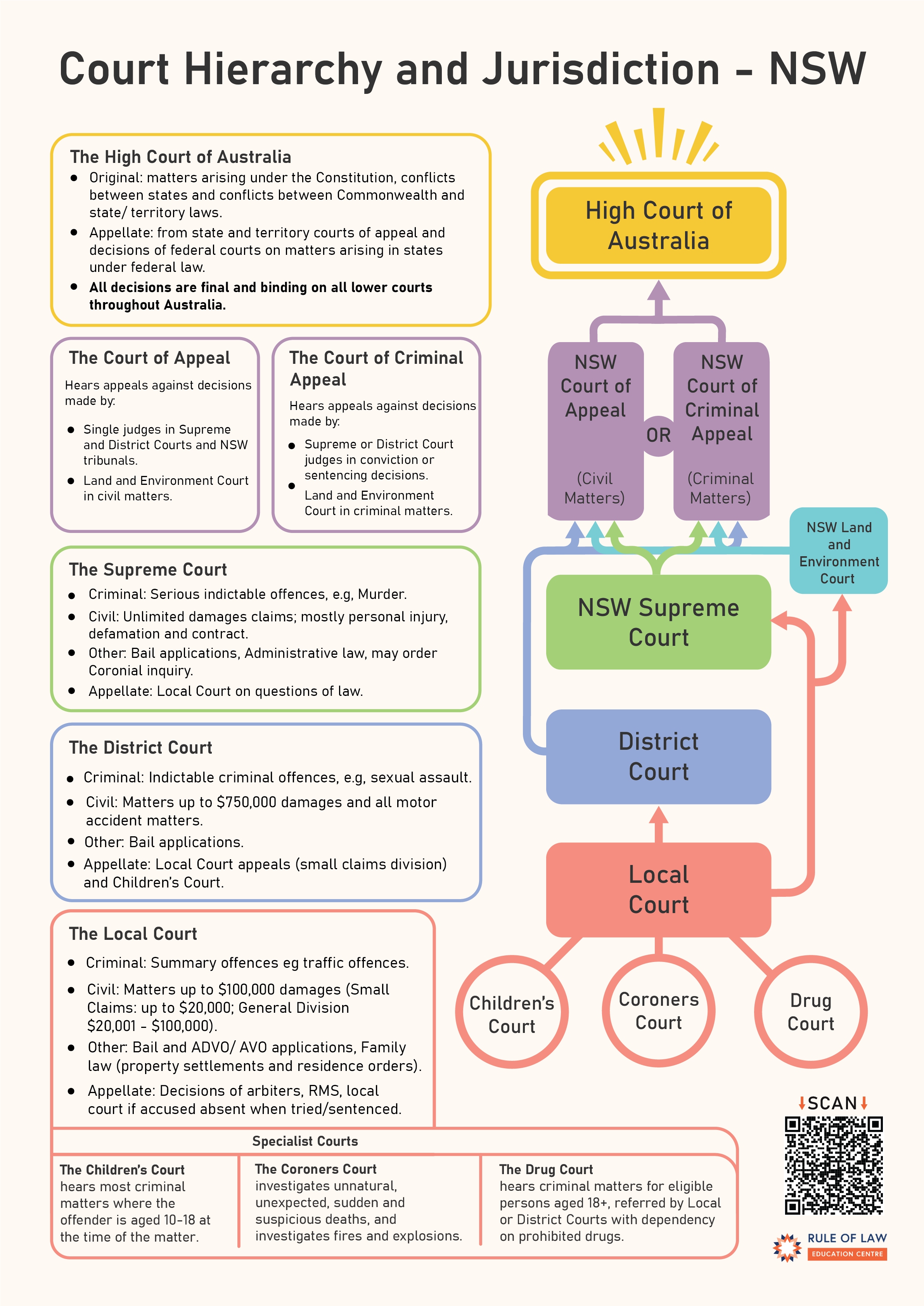 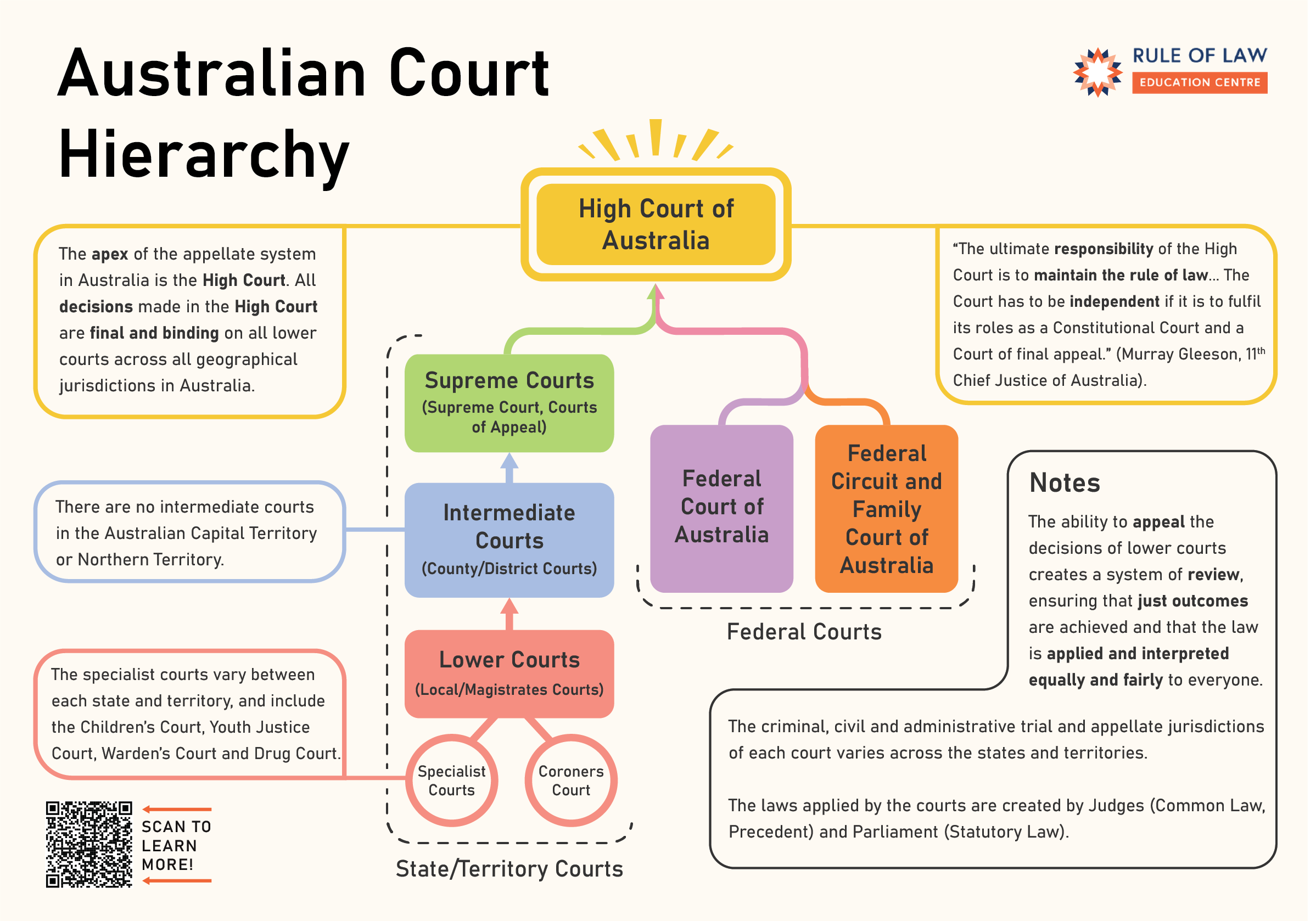