Technology and the Rule of Law

To reword a famous song from the Police:

Every ‘friend’ you make, every post you fake, they’ll be watching you

Every single day and every word you say

Every game you play, every night you slay, they’ll be watching you

Each click, each message, each search on Google all provide information about you, your friends, and your whereabouts.  For those enforcing the law, this information where accessed, provides the opportunity to prevent or charge those involved in criminal activities.  This access to personal information raises considerable issues and questions regarding the rule of law.

The rule of law protects the rights of individuals and ensures those in power operate according to the law and not through the arbitrary exercise of power.  One such right of individuals that has come under attack with technological advances is the right to privacy.

“The greatly increased level of surveillance… is made possible by notable technological advances… The main reaction of the public to this steady encroachment by the state into what had been regarded as private domain of the citizen has been one of apathy… This apathy may be because the end (preventing terrorist violence, catching criminals) is thought to justify the means; it may be because most people are unaware of what is happening; or it may be because , surveillance being covert, no one knows that they are being watched, their movements recorded, their communications intercepted or monitored.”

-Tom Bingham in his book “Rule of Law”

One way the law is enforced is through the accumulation of evidence via the surveillance of telecommunications data. There has been a significant increase in data retention by Government agencies to an effort to protect Australians from terrorism and cybercrime. However, this data is increasingly being shared for a wider purpose. The Rule of Law Education Resource: Metadata and the Law provides a useful explanation on how Australia’s Telecommunications (Interception and Access) Act 1979 (Cth) operates and looks at whether government agencies are operating fairly and transparently, according to the law.

Furthermore, the growth of social media and other online platform to distribute photos has seen new legislation introduced to criminalise the sharing of implicit photos without consent. This area of the law has seen considerable law reform as the law tries to keep up with the rapid pace of change in technology.

The below technology law resources are designed to assist teachers and students to understand the contemporary legal issues that arise from technology.

Government access to individual telecommunications data raises important rule of law concerns.  The Australian government has in recent years introduced legislation to collect individual’s personal data. As demand for data from Government agencies has increased, many government agencies are sharing data or, as was revealed in 2019, receiving data unlawfully. This raises concerns for individuals right to privacy and questions about whether there are appropriate checks and balances on the use of this type of power by governments.

Click here for: The Rule of Law Education Resource: Metadata and the Law

Metadata and the Rule of Law: Interception, stored communication and warrants

Following our submission to the Inquiry into the Revision of the Telecommunications (Interception and Access) Act 1979, our Vice-President, Malcolm Stewart raised the following concerns:

This submission highlighted a number of rule of law issues that exist when government agencies have unfettered power to access individuals metadata.

Genna Churches and Monika Zalnieriute, ‘A Window for Change: Why the Australian Metadata Retention Scheme Lags Behind the EU and USA’ on AUSPUBLAW (26 February 2020)

This article compares Australia’s Metadata regime with that of the USA and the EU. It looks at how we achieve the balance between ensuring law enforcement agencies are equipped to do their job and the protection of fundamental human rights. These include the right to privacy and the principle of proportionality – this is the idea that whatever law is enacted is as minimally intrusive as possible.

The Current Review of Data Retention

Currently there is a Parliamentary Committee that is conducting a review of the Telecommunications (Interception and Access) Amendment (Data Retention) Bill 2014 and the mandatory data retention regime. It was a condition prescribed by Part 5-1A of the Act when it was introduced that it be reviewed after 3 years. Follow this link to the Parliamentary Committee homepage that provides information about the Act, submissions that raise concern about the operation of the Bill and the Committees findings.

Unlawful use of Metadata

In 2019, the media reported that police forces in Australia had unlawfully accessed citizens metadata. This raises significant questions about the data retention scheme and whether there are appropriate safeguards in place to prevent government and law enforcement agencies abusing their power.  This provides a good basis for students to discuss the rule of law, in which it states that all persons and organisation including the government are subject to and accountable to the law. 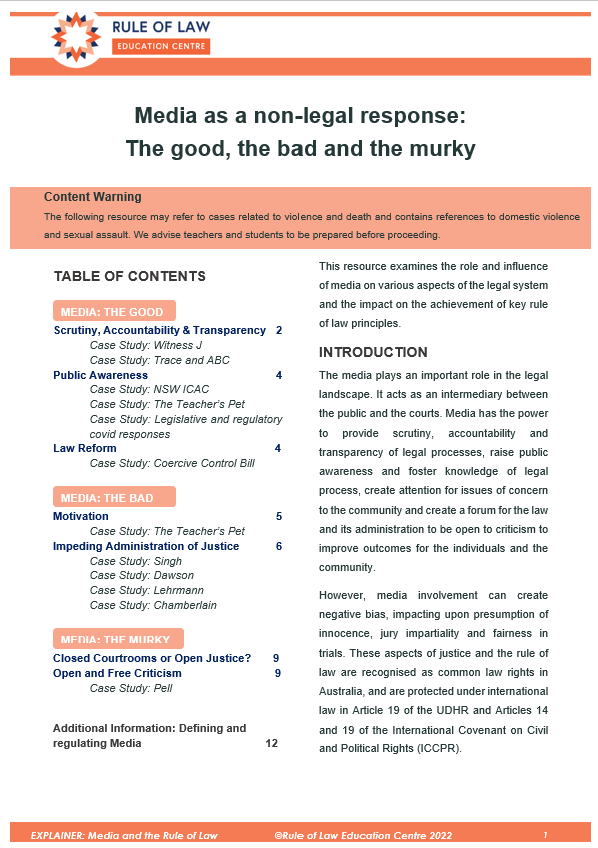 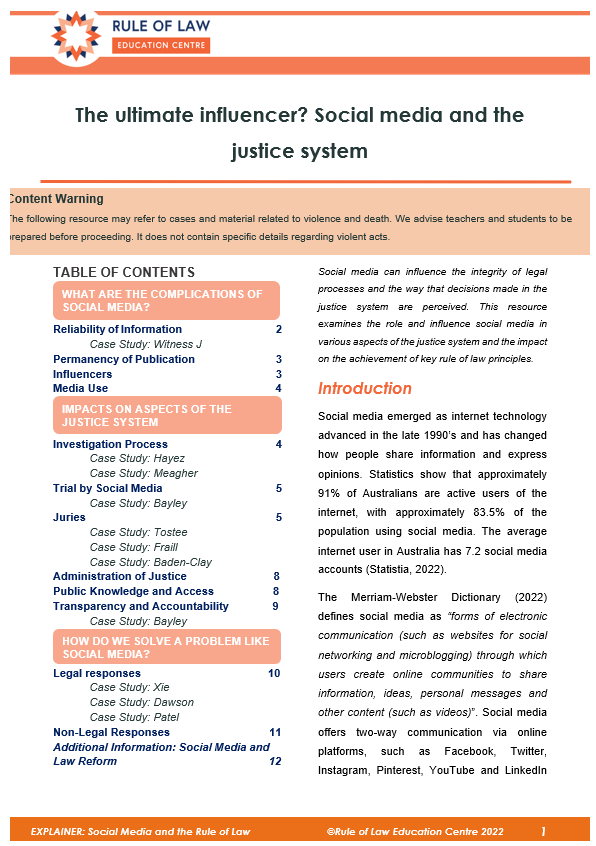 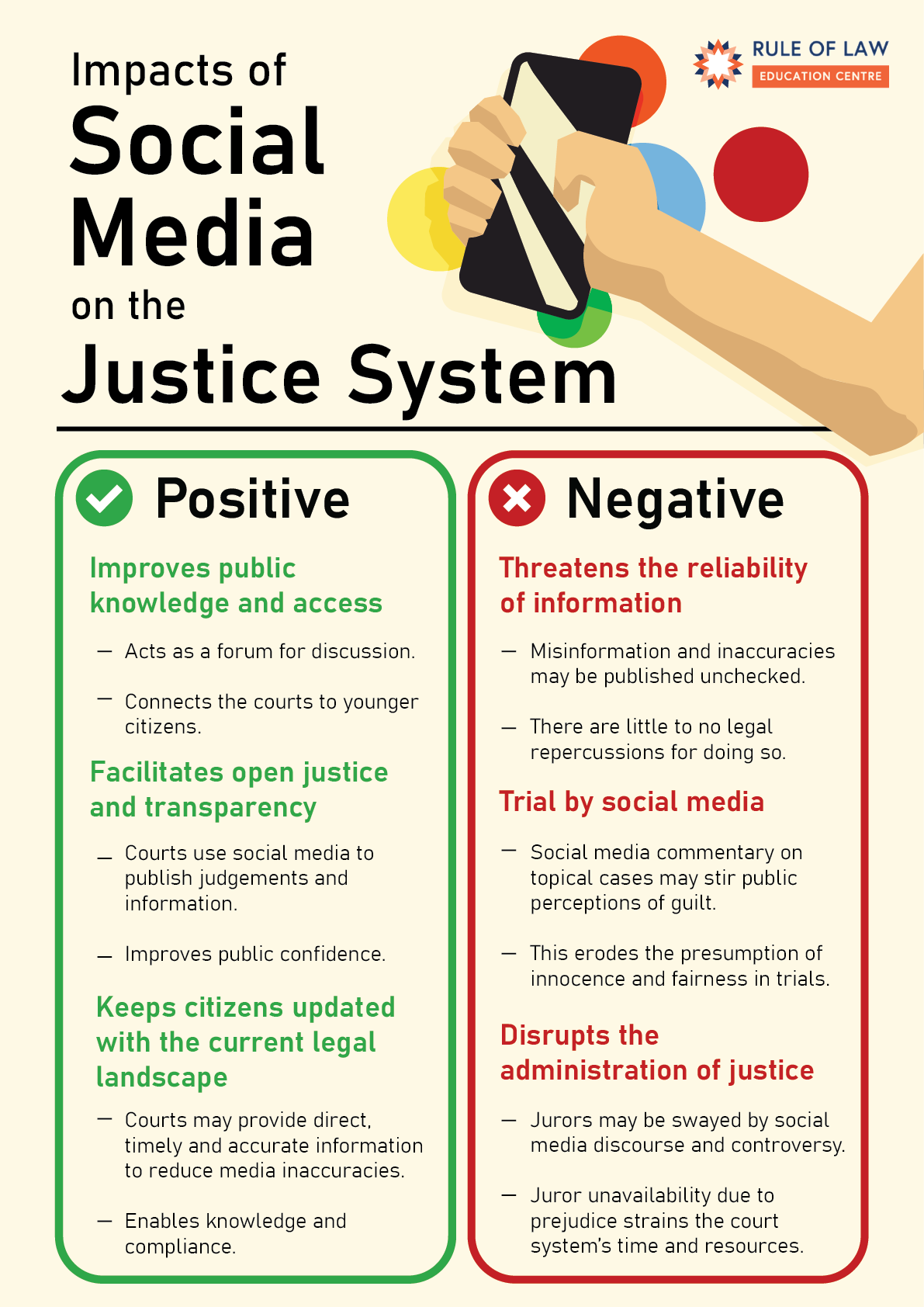 Privacy is a fundamental human right and is an essential part of a society in which the rule of law operates. However in a rapidly involving world where technology is improving and changing frequently, there is growing concern that current legislation ‘have not kept pace with technological developments’ ( Law Council of Australia Report to the Australian Human Rights Commission inquiry into Human Rights and Technology.

Artificial intelligence and the law

The rule of law requires agencies to enforce the law using powers that remain controlled, monitored and transparent. These requirements maintain public confidence and ensure those who have the power to track citizens do not abuse this power.

The attached worksheet provides questions for students and helps them decide whether the COVIDSafe app fairly balances government power and public interest with our individual rights.